Leprosy is an infectious disease which can now be cured.

Leprosy was known in ancient China, Egypt and India. The first written reference to leprosy dates back to 600 years before Christ. Sufferers have often been rejected by their communities and families throughout history.

Leprosy is a chronic disease caused by the bacillus Mycobacterium leprae.

Leprosy is not particularly contagious. It is transmitted by buccal or nasal droplet spread following close frequent contact with an untreated infected person.

M. leprae grows very slowly and the incubation period for the disease is approximately five years. The symptoms may only develop after twenty years.

Leprosy mainly causes skin and nerve damage. Untreated, it can cause progressive permanent damage to the skin, nerves, membranes and eyes. The term paucibacillary (PB) leprosy is used if the person has one to five painless skin lesions. The term multibacillary (MB) leprosy is used if the patient has more than five painless skin lesions.

Leprosy is a treatable disease and early treatment avoids disability. Minimal training is sufficient to diagnose leprosy from clinical signs alone. In 1981 a World Health Organisation (WHO) working group recommended polychemotherapy (PCT). This involves three medicines: dapsone, rifampicin and clofazimine. This combination of medicines destroys the pathogen and cures the patient. PCT is safe, effective and easily administered on the ground. All patients can receive this because one month's treatment is packaged in very practical blister packs. 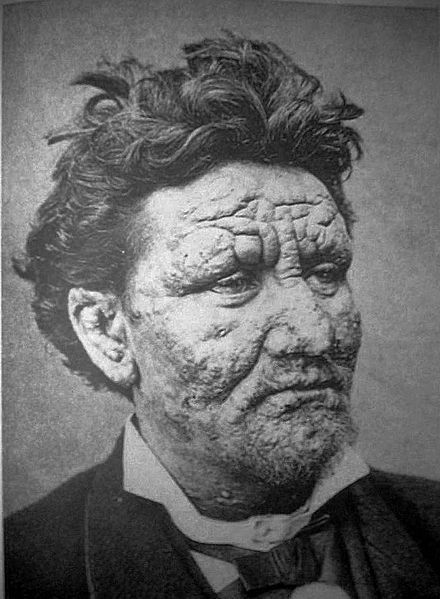