Lead poisoning is chronic or acute poisoning caused by lead.

Lead has no known biological role in human beings and it appears to be toxic even at low doses when it enters the body. The causes of lead poisoning include drinking contaminated water (which has passed along lead piping) and also occupational use of lead.

The disease has no specific symptoms and is often diagnosed late. However, if lead levels increase, nausea, metallic taste, neurological problems, and many other symptoms are observed.

After stopping exposure, chelation therapy (EDTA, DMSA) can convert assimilable lead into inorganic lead. The symptoms can also be treated. 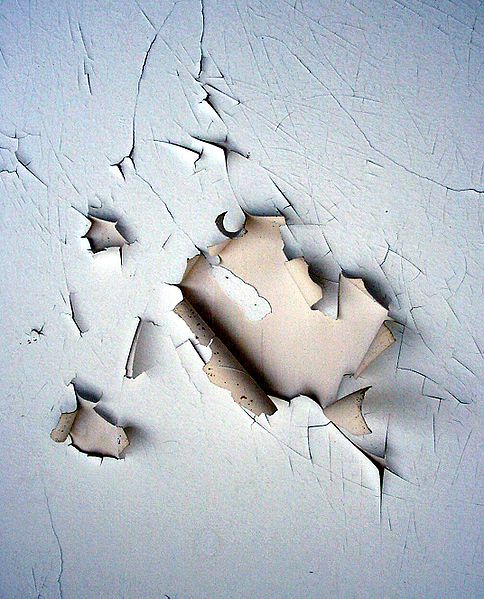 One of the possible causes of poisoning is lead-based paint. © Lamiot, Wikimedia, GFDL 1.2