Insulin is a polypeptide hormone involved in the glucose cycle.

Insulin is composed of two peptide chains (A and B, 21 and 30 amino acids long respectively) connected to each other by two disulphide brides from cysteine groups.

It is synthesised by the β islets of Langerhans cells in the pancreas insulin enables glucose to be taken up by muscle cells and adipocytes and converted into glycogen or fatty acids. It is therefore a hormone reducing blood sugar

Its role is to maintain constant blood glucose concentrations Diabetes, develops when insufficient insulin is secreted. This is why diabetic patients are given regular insulin injections

Resistance to insulin develops in elderly people. Their tissues no longer respond as well to insulin as they did previously. The consequences of this resistance firstly include an increase in insulin concentrations in the blood (which may appear paradoxical but is entirely logical) and secondly the development of metabolic disorders which predispose to accumulation of fat, which in turn contributes to deterioration of the arterial wall. Treatment of this type of dysfunction is one of the major research subjects into the effects of ageing and all the more so as it is currently only partly treated locally. 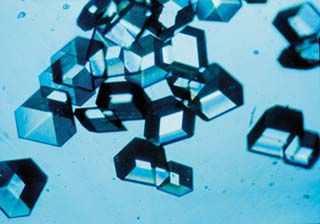