Hyponatraemia is a pathological situation involving deficiency of sodium ("natrium" in Latin) in the blood. It is present when sodium levels are below 130 mmol/L. Because of effects ofosmosis, extra-cellular fluid enters the intracellular space to rebalance sodium concentrations. Hyponatraemia can also cause neurological disorders which may result in loss of consciousness or coma in very severe cases.

. Hyponatraemia has several causes including:

Neurones are very sensitive to changes in sodium concentrations. Hyponatraemia must be treated gradually to avoid other serious symptoms such as altered consciousness or locomotor problems. To treat it therefore the source of the problem must be identified. If hyponatraemia is due to diuretics, these must immediately be stopped&amp;nbsp. If it is due to overhydration, the patient's water intake must be restricted until the blood sodium returns to normal. 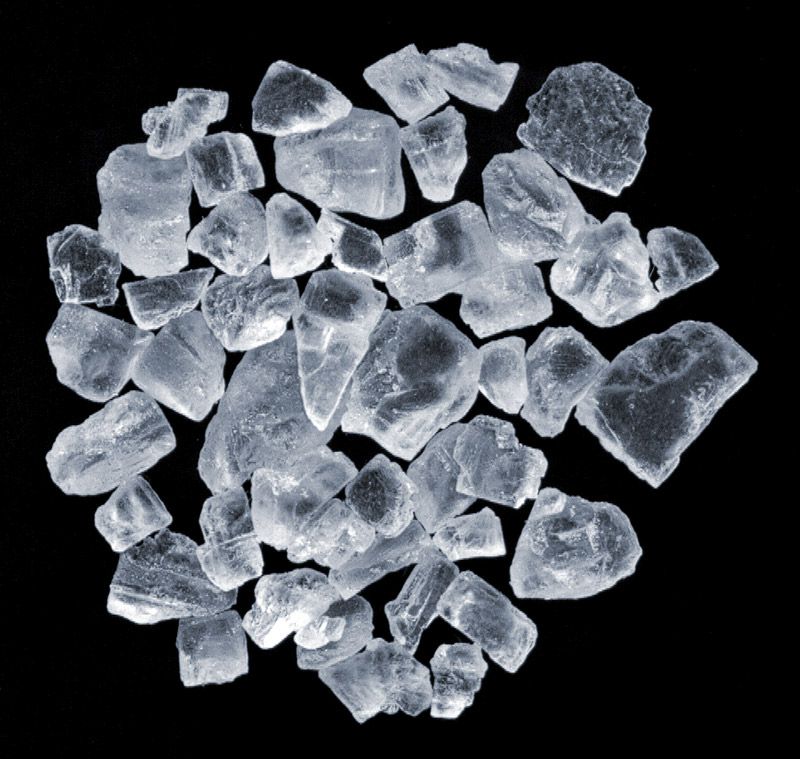 Hyponatraemia is a low sodium concentration in blood. Sodium chloride, which is seen here as magnified crystals, provides the body with the sodium it needs to function correctly. © André Karwath, Wikipedia, CC by sa 2.5