HIV, or the human immunodeficiency virus, is the agent responsible for AIDS.

HIV is a virus belonging to the Retroviridae family and Lentivirus genre. There are two types of HIV: HIV-1 and HIV-2 which only have partial sequence homologies. HIV-2 is similar to SIV, the monkey AIDS virus, unlike HIV-1. Most seropositive people carry the HIV-1 type.

AIDS viral transmission occurs through sexual contact, blood transfusion, injections (syringes), from mother to child across the placenta, and throughbreast-feeding. The viral particles contained in these body fluids recognise specific receptors (CD4 proteins) and co-receptors on the surface of the cells they infect (lymphocytes, macrophages, and dendritic or microglial cells).

Like all retroviruses, the AIDS virus can retrotranscribe all of its single-strand RNA genome into double-strand DNA which can then be incorporated into the host cell's genome.

For more information on HIV and AIDS, visit our dedicated page. 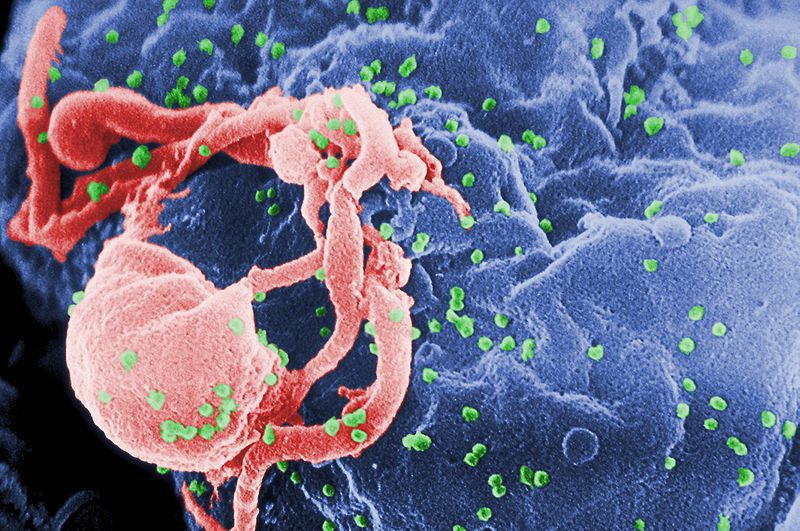 The AIDS virus (in green) can infect immune system cells through their CD4 receptor. © DR