Fenugreek is a herb from the Black Sea region. It belongs to the Fabaceae family, in other words it is a legume. It is used in herbal therapy. Its medicinal properties are concentrated in its seeds, which are particularly rich in carbohydrates. It is a true fortifying agent!

Fenugreek is also called trigonella and grows in open fields in chalky soils. The plant is distinctive because of its long stem which may reach 50 cm, its oval dentate leaves and its flowers which range between yellow and purple. The fruit is a curved pod which may be up to 20 cm long. It contains many yellow seeds which at first glance look like gravel! The medicinal use of fenugreek is in its seeds which detach from the pod once they have matured (in August-September). They are then prepared usually as a powder or liquid extract for infusions or decoctions.

Fenugreek, rich in carbohydrates and proteins

Fenugreek seeds contain a large number of medicinal compounds. In particular they contain mucilages, liquids which are rich in carbohydrates. These have the particular feature of swelling when they come into contact with water, like albumins.

These proteins are also present in large amounts in fenugreek seeds. They also contain large amounts of essential fatty acids as they contain lecithin, a lipid found in soya and well known for its "anticholesterol" properties. It also contains linoleic acids which belong to the omega-6 family. In addition, fenugreek seeds contain small amounts of magnesium, phosphate, coumarin and an alkaloid with the attractive name of trigonelline.

The fortifying action of fenugreek

Its high carbohydrate and lipid content gives Fenugreek a tonic fortifying action. It can be taken as powders from which infusions or decoctions are prepared. These are taken (two to three times daily) for fatigue (asthenia) and during convalescence. If you find the taste to be too bitter, add mint or orange essences.

Apart from its tonic properties, it is also attributed blood glucose lowering properties. A good point for diabetics. Fenugreek seeds can also be applied externally. When ground they are used to prepare hot poultices. They are then applied to inflamed skin such as bruising. Ask your pharmacist if you have any questions about their precautions for use. 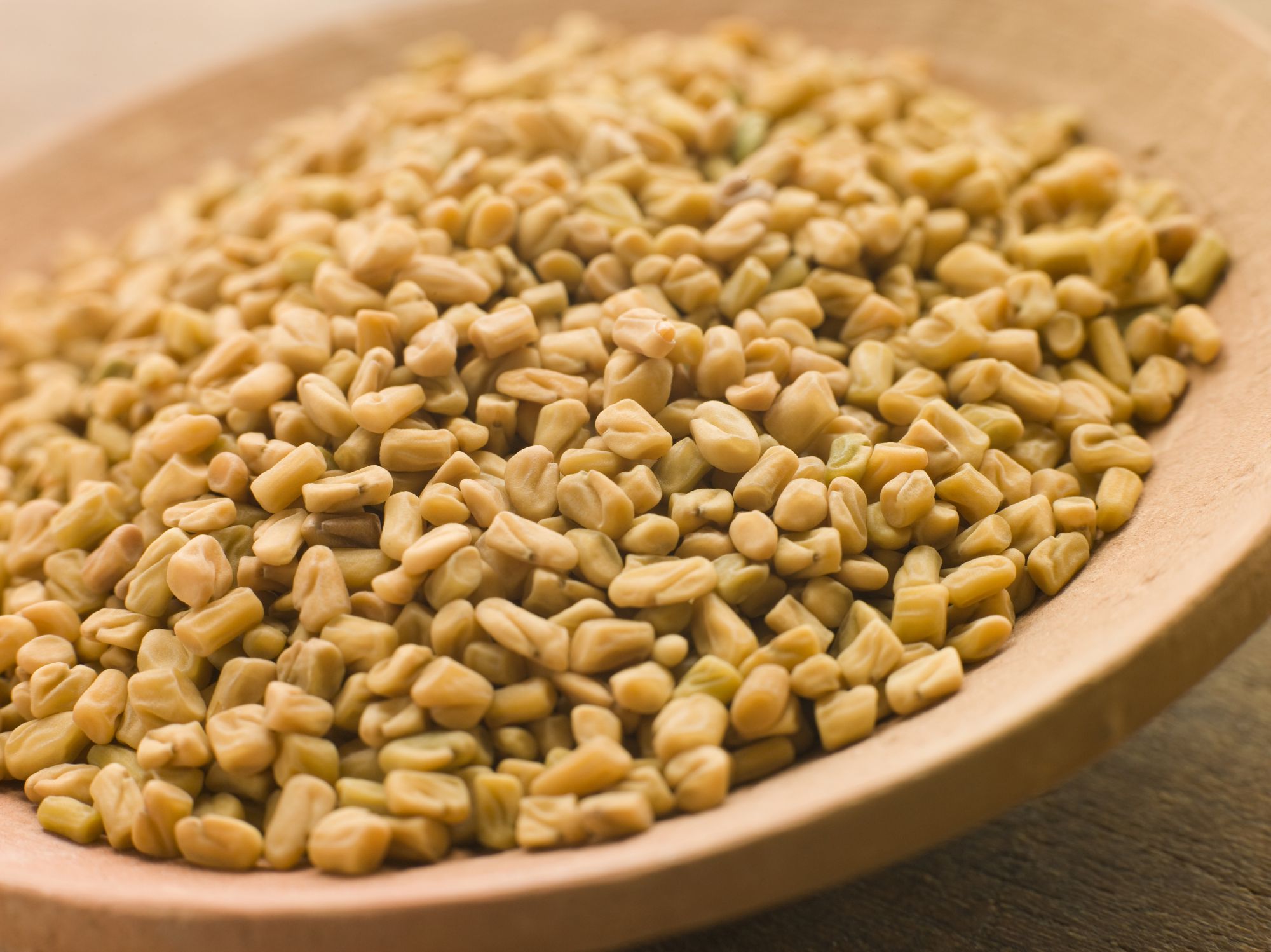