A sex hormone. Estrogens are steroids secreted by the ovaries, placenta, adrenal cortex and testes, and which are involved in the development of secondary female characteristics at puberty and subsequently in the menstrual cycle (peak production occurs at ovulation cf. progesterone) and in various forms of metabolism.

They are used in contraception, in oncology, and to activate natural milk production.

Hist. Estrogens have been known to exist since the end of the 19th century. Butenandt discovered oestrone. More recently, we have learned of phyto-estrogens, which are of plant origin, and can mimic the action of oestrogens. 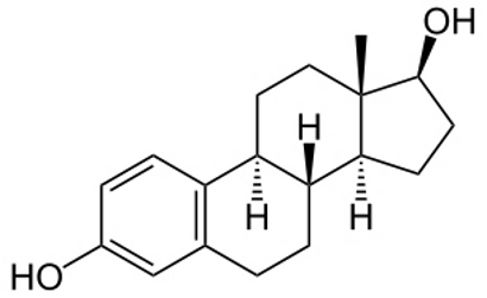