The Epstein-Barr virus, or EBV, causes infectious mononucleosis and some cancers.

Features of the Epstein-Barr virus

EBV belongs to the Herpesviridae family, and the Lymphocryptovirus genus. It has a 172,000 base pair linear double-stranded DNA genome. It codes for many viral proteins (around 100), expression of which is finely regulated.

The DNA is contained within a viral protein capsid which is covered by a coating and a lipid membrane which is obtained from the cell.

The mononucleosis virus is transmitted in saliva, hence it is also called the kissing disease. The virus has B lymphocyte tropism as a result of viral surface proteins binding to cell receptors. Once it has gone into the cell it enters the lytic phases, multiplying, or the latent phase, and is replicated at the same time as the cell DNA.

The virus is also implicated in malignant diseases, such as Burkitt's lymphoma. 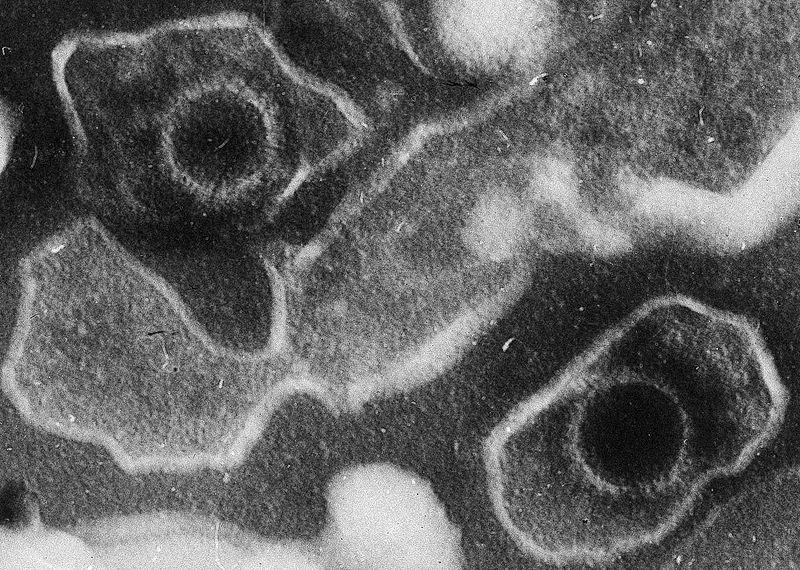