Causes of an epileptic seizure

An epileptic seizure is due to abnormal neurone discharges. For example, NDMA receptors (synaptic receptors) may be activated by lesions in the brain. It can also be caused by failure of GABA (gamma-aminobutyric acid) inhibition: when this inhibitor neurotransmitter binds to its synaptic receptor chloride enters the cell and it becomes less excitable.

Mechanism of the epileptic seizure

An abnormal discharge from a group of neurons occurs during an epileptic seizure. The starting point of partial seizures is located in a cerebral hemisphere. A larger number of nerve cells are affected during a generalised seizure. These two types of seizures can be used to diagnose the type of epilepsy: generalised epilepsy or focal (partial) epilepsy. 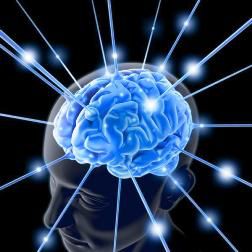 An epileptic seizure is caused by abnormal neuronal discharges and is characteristic of epilepsy. © pratis.com