Coeliac disease or glutenintolerance is an auto-immune disease that affects the villi covering the small intestine. Eating gluten(found in some cereals) causes inappropriate pathological activation of immune cells which then turn against the body and destroy the small intestinal epithelial cells.

It has a variety of symptoms: nutrient absorption is affected and leads to weight loss and deficiencies in patients. Gastro-intestinal problems also develop with diarrhoea, pain, and bloating.

Gluten intolerance is specific to one type of gluten called prolamin. This is found in some cereals such as wheat, barley and rye but not in maize.

The disease generally develops in babies who are starting to eat gluten (after a few months), or otherwise in adulthood. It affects approximately 1 out of 100 or 300 people in Caucasian populations but fewer people in Asian and African populations.

Predisposing factors to the disease have not been clearly identified yet. These are believed to be mostly genetic as 95% of patients have the HLA DQ2 and DQ8 genes. However, not all people who are genetically predisposed necessarily develop the disease. Environment also plays a role: bacterial or viral infections may promote the disease.

The only solution at present is a gluten free diet

There are very few means of combating the disease: at present the only effective one is a gluten free diet. However, symptoms can remain in some people, and in addition, it is difficult to completely remove gluten from the diet.

Specific gluten antigens have been identified as being responsible for the immune reaction. This new discovery offers hope for desensitisationtreatments which could even cure the disease. 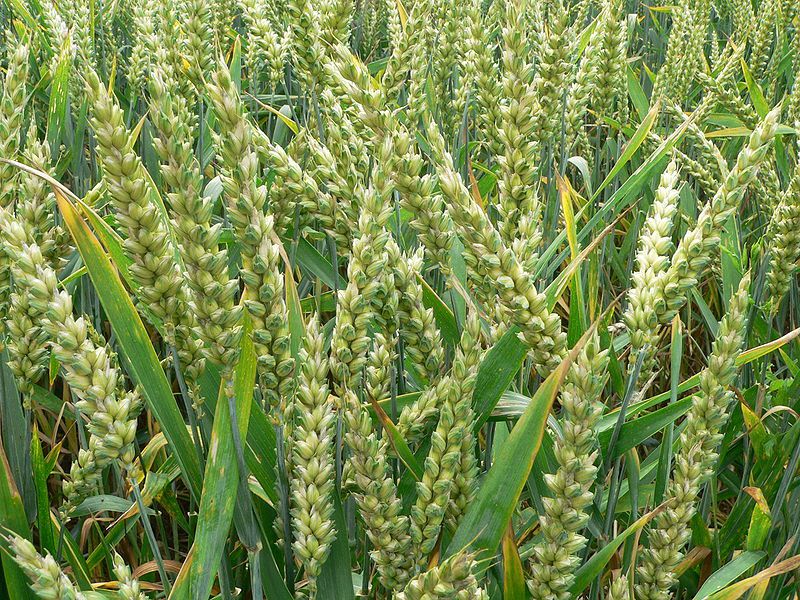 Wheat, which contains gluten, is one of the foods that must be removed from patients' diet. © David Monniaux/Licence Creative Commons