Cholera is an acute intestinal infection due to a bacterium, Vibrio cholerae.

The short incubation period lasts from less than a day to five days and the enterotoxin produced by the vibrio causes copious, painless, aqueous diarrhoea which can rapidly cause serious dehydration and death if not rapidly treated. In most cases the disease also causes vomiting.

Most infected people do not become ill although the vibrio remains in faeces for 7 to 14 days. When the disease occurs, more than 90% of episodes are mild or moderate in severity and difficult to distinguish clinically from other forms of acute diarrhoea. Less than 10% of patients develop typical cholera with signs of moderate or severe dehydration.

Cholera is transmitted by water and contaminated foods. Sudden large outbreaks are generally caused by a contaminated water source. Cholera is only rarely transmitted directly between people. The disease in highly endemic areas particularly affects young children although usually spares children who are breast-fed.

Vibrio cholerae is often present in water and is part of the normal flora which is found in brackish water and estuaries. It is often bound to algae (plankton) and influenced by water temperature. Human beings are also one of the reservoirs of the pathogenic form of Vibrio cholerae.

If cholera occurs in an unprepared community the fatality rate may be as high as 50% - usually because the equipment required is absent or treatment is given too late. Conversely, well-organised measures in a country with a clearly established programme against diarrhoeogenic illnesses can keep the fatality rate below 1%.

Most cases of diarrhoea due to V. cholerae can be treated satisfactorily by administering an oral rehydration salt solution (available in standard WHO/UNICEF sachets). During an epidemic, administration of oral rehydration fluid alone is sufficient in 80 to 90% of cases although infusion may be required in cases of severe dehydration.

An effective antibiotic in serious cases can reduce the volume and duration of diarrhoea and the period the vibrio is excreted. The first line antibiotic is tetracycline although resistance to this is increasing. The other antibiotics that are effective in cases of tetracycline resistance are cotrimoxazole, erythromycin, doxycycline, chloramphenicol, and furazolidone. 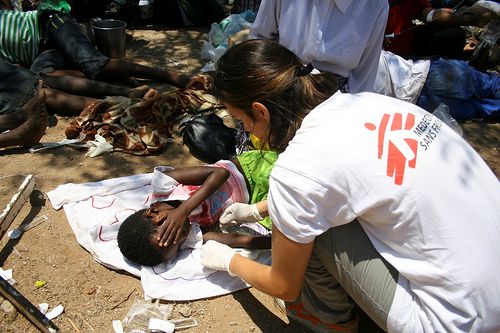