Characteristics of the Chikungunya virus

The Chikungunya virus belongs to the Togaviridaefamily and Alphavirusgenus. It is a spherical viral particle with a diameter of 65 nanometres, which is enveloped and contains a single positive polarity RNA which codes for two polyproteins. The RNA is directly infectious and acts therefore both as the genome and as the messenger RNA. The 11 to 12,000 bases in its genome ultimately allow nine proteins to be synthesised which are obtained after cleavage of the polyproteins by viral and cell proteases.

At the end of the viral cycle which includes synthesis of the proteins, replication and assembly of the viral particles, the particles bud from the plasma membrane of the infected cells. The viral proteins are inserted into the membrane.

The virus is transmitted to human beings from injection of anticoagulating saliva into the blood of the person bitten by a mosquito vector. It is now known that the virus does not infect circulating blood cells but rather macrophages and adherent cells (endothelial, epithelial, fibroblasts). 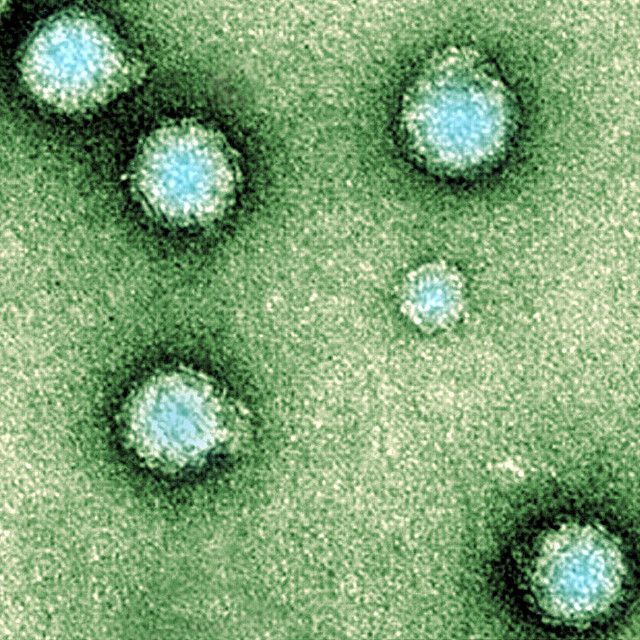