Chickenpox is a childhood disease caused by the VZV virus.

The Chickenpox-shingles virus belongs to the Herpesviridaefamily and is the agent which causes Chickenpox . The virus hides in nerve ganglia where it can remain latent for very long periods of time (several years or decades) and may reactivate causing shingles.

Chickenpox is a highly contagious disease which is transmitted by direct contact or by contaminated droplets spread after coughing or sneezing. The incubation period lasts for one to two weeks before the first symptoms of Chickenpox develop.

The disease is generally mild in children but can be severe or even fatal in immunised adults or in immunosuppressed people.

The first signs of the disease may be mild (fever, cough) or accompanied by a few vesicles on the skin. After a few days vesicles form over the entire body and are generally itchy. They are contagious until they dry, forming crusts.

Severe illnesses are caused by superinfection, usually by Staphylococcus aureus. Pneumonia and encephalitis can also develop in adults.

The disease is not generally treated as such, except in adults (with an antiviral). In children, only the symptoms (fever and itching) can be reduced by medicines. A preventative vaccine is also available. 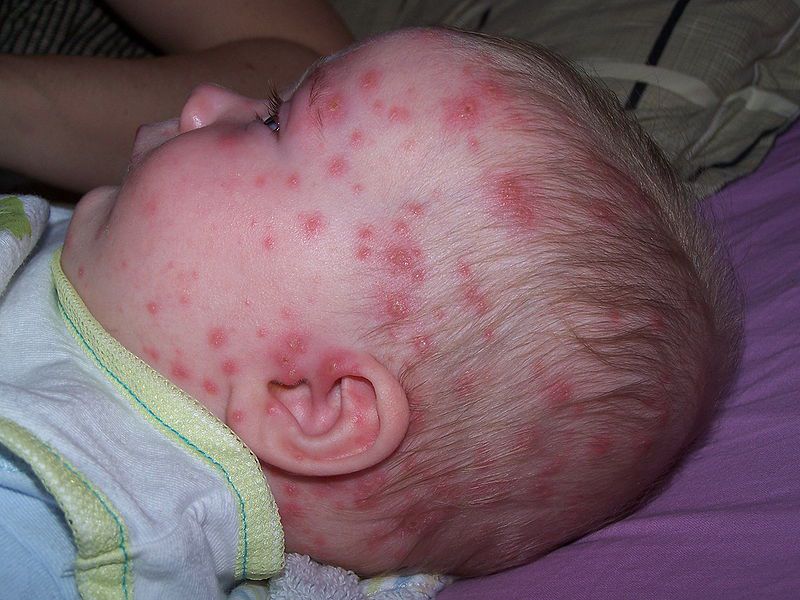