A cancer is a disease involving the presence of one (or more) malignant tumour(s) formed from the transformation of an initially normal cell by mutations and/or genetic instability (cytogenetic abnormalities).

Malignant transformation of a cell normally involves loss of control of the cell cycle, insensitivity to apoptosis, and DNA repair abnormalities. Cancers are then classified according to the type of cell in which the first transformation occurs (lymphomas, carcinomas, sarcomas); this initial malignant cell then divides, forming the primary tumour containing clonal cells.

Some primary tumours can progress to more general invasion of the body as a result of tumour cells escaping from the primary tumour: in this case we refer to metastases. 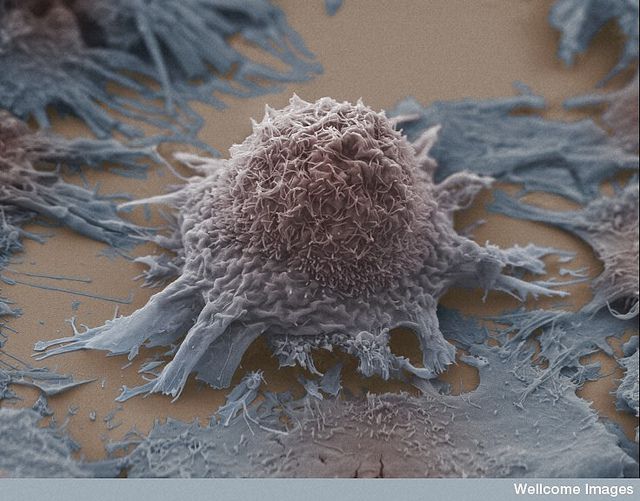