There are three different types of plague:

Cause and onset of bubonic plague

Bubonic plague is the most frequent form of plague and is caused by a bite from an infected flee. The bacillus enters the body and reaches the nearest lymph node to the bite site through the lymphatic system where. Yersinia pestis y triggers an inflammatory reaction because of its rapid multiplication in the lymph node.

The swollen lymph node is called « the bubo »&amp;nbsp. It is extremely painful and can suppurate through an open wound at more advances stages of the infection. 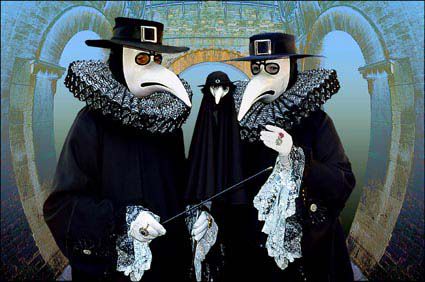 In the Middle Ages doctors protected themselves against the plague by wearing masks. © cawa.fr