A biopsy involves the surgical removal of a fragment of tissue or organ. Depending on the situation, it is performed in the operating theatre by a surgeon or by a specialist doctor (for example dermatologist) in medical consulting rooms. The aim of a biopsy is to examine the nature and structure of the sample taken by microscopic examination or biochemical analysis.

Breast, liver, kidney, bone marrow, lung, uterus, bronchi, bladder, stomach, prostate, synovial membrane, and even the eyebrows or tongue … there are many "target" organs and tissues for a biopsy. The investigation is generally performed when the doctor wishes to have a histological study in order to refine or establish a diagnosis. A biopsy can determine whether a lesion taken from an organ is or is not malignant. It can be used to monitor the progression or extent of a lesion at different stages. The investigation is often needed to provide further information on the result of a cytology examination. Excision biopsy can also be performed. This involves removing all of a tumour followed by immediate histological examination.

Depending on the situation, the investigation is usually performed under local or general anaesthetic. There are different types of biopsies The percutaneous biopsy (also known as transcutaneous) is generally performed using a trocar. A trocar is a surgical instrument formed from a thin, cylindrical metallic stem which slides within a cannula. The biopsy can then be taken using an endoscope, passing through natural routes: gastrointestinal tract, bronchus, bladder …

Possible risks of a biopsy

The length of the procedure varies depending on the technique used and particularly on the target organ or tissue. The risks are mostly due to surgery (infection, bleeding, etc.) or from the related procedures (particularly anaesthesia). 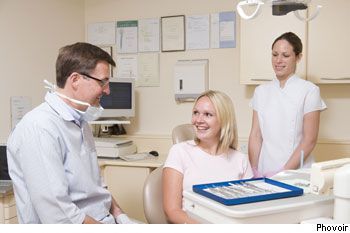 A biopsy can be performed in the operating theatre. © Phovoir