Angelica is a biennial plant which is commonly found in damp places in Europe and Asia. It is also called "true angelica" or "archangelica" and grows in gardens in open fields and marsh areas. For this reason it is one of the emblem plants of the Poitiers Marsh … and is very popular in confectionery and is also used for digestive problems.

Angelica belongs to the Apiaceae family like green aniseed or anethum. It has a cinnamon and purple-coloured hollow stem adorned with large dentate leaves. Its fruit is dispermous meaning that it contains two seeds. It looks like the wings of an angel which gave the plant its name.

Angelica flowers are grouped together in umbelliferi and are greenish-yellow in colour. Be careful however not to confuse angelica with another poisonous plant, hemlock . Your sense of smell is a valuable way of distinguishing between them. Hemlock does not have the sophisticated smell of angelica. Rather, its smell is very unpleasant.

Angelica and sunlight: a combination to be avoided

Angelica root is used for its medicinal properties. It is harvested from one or two year old plants and contains approximately 1% essential oil. The root can be taken as an infusion, compacted powder or oral solution and is used to treat common digestive problems such as bloating, belching and difficulties digesting.

It is also used to treat abdominal pain and spasms. Angelica has no contraindications. People are recommended, however, to avoid exposing themselves for long periods of time to the sun or ultraviolet light when a "cure" of angelica has been taken. It carries a risk of photo sensitisation, that is an allergic reaction with light. 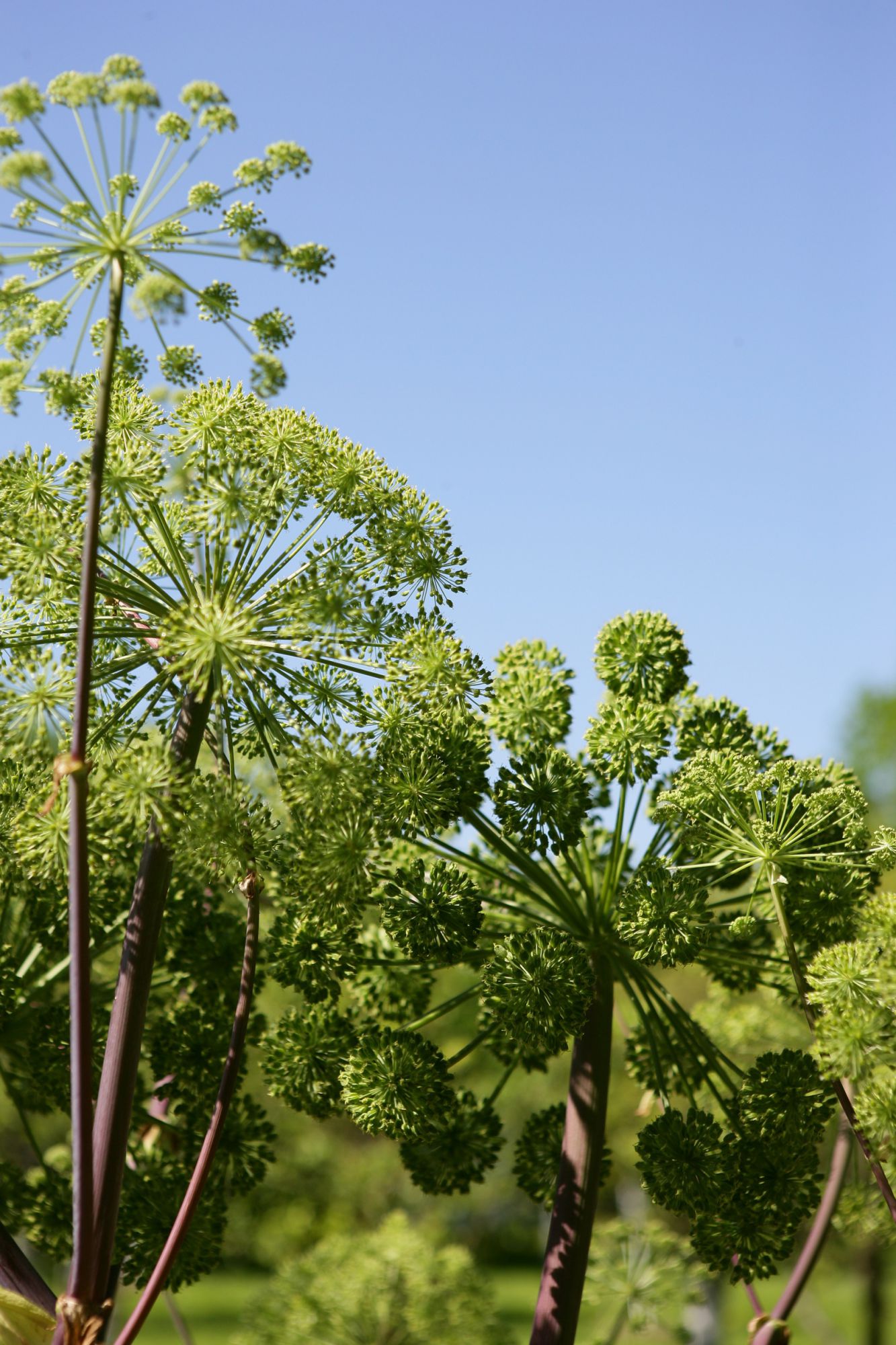