Geoportail is a French satellite mapping application developed by the IGN (French national institute for geographical and forestry information), launched on 23 June 2006

Geoportail offers a coherent global view of all geographical data in 2D and 3D using the TerraExplorer software published by the American company Skyline : detailed satellite photos (50 cm per pixel), maps, land registers etc. Access to the base is free. However, to add data to the maps, or to develop services using the databases and the IGN system, payment is required.

It is often portrayed as a competitor to Google Earth (only on French territory, but with similar and in principle interoperable services in preparation in Europe), but the French geoportail is actually less than that. On Google Earth, the user cannot add or share a label (a ".kmz" file on Google Earth) to show where his house is located or how to find a restaurant.

For service providers, IGN behaves as a neutral supplier of their data and services: in other words, Google and others can buy IGN's data to develop their competing services. 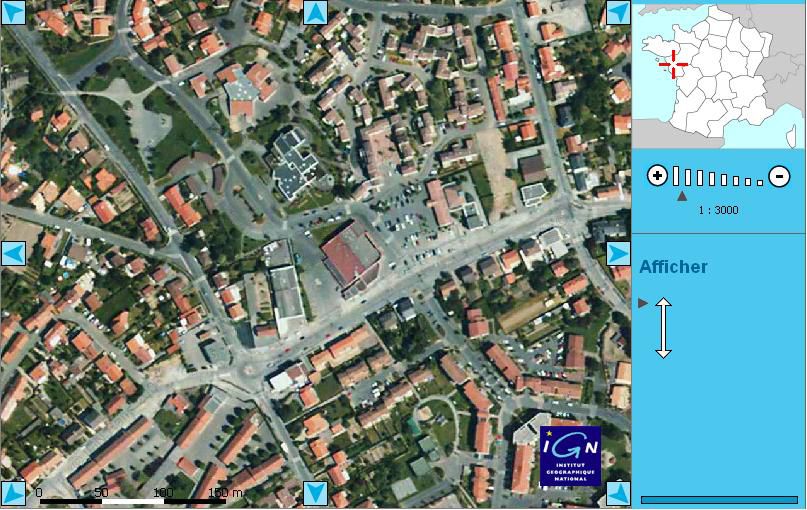