The Triassic was the first period of the secondary era (between 225 and 195 million years ago).

The Triassic marks the beginning of the mesozoic era, when Pangea separated into two supercontinents, Laurasia in the north and Gondwana in the south.

Dinosaurs began to develop. They were smaller than their descendants in the Jurassic and Cretaceous periods. They were relatively sleek animals running on their rear legs and balancing their bodies with a long thick tail rarely more than 4.5 metres long. Other groups include aquatic reptiles such as the icthyosaurus, and flying reptiles such as the pterosaurians. There was still a wide variety of so-called mammalian reptiles typical of the Permian period. During this period, one of these groups, the cynodonts, gave the first mammals. They were small in size. The ancestors of modern fish and birds, the teliostians, appeared.

Marine plant life included a wide variety of seaweeds. On the continents, the vegetation of the Primary era (lycopods and callamites) gave way to conifers, cycads and pteridisperms (ginkos). 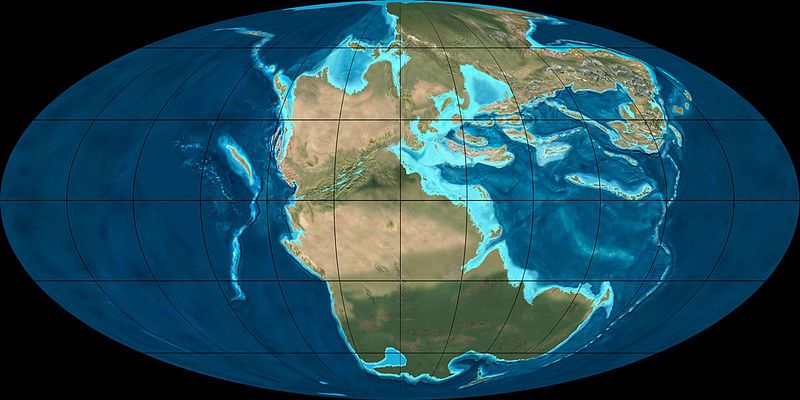