The oldest date back 3.5 billion years. Recently formed examples are very rare and are found in warm, very shallow fresh or salt water (more than 25°C), especially in the hot springs of Yellowstone Park and in lake Thetis in Australia.

The biological origin of stromatolites has been shown for recent rocks less than 350 million years old. They are made by micro-organisms such as cyanobacteria, which precipitate calcium bicarbonate as the carbonate. 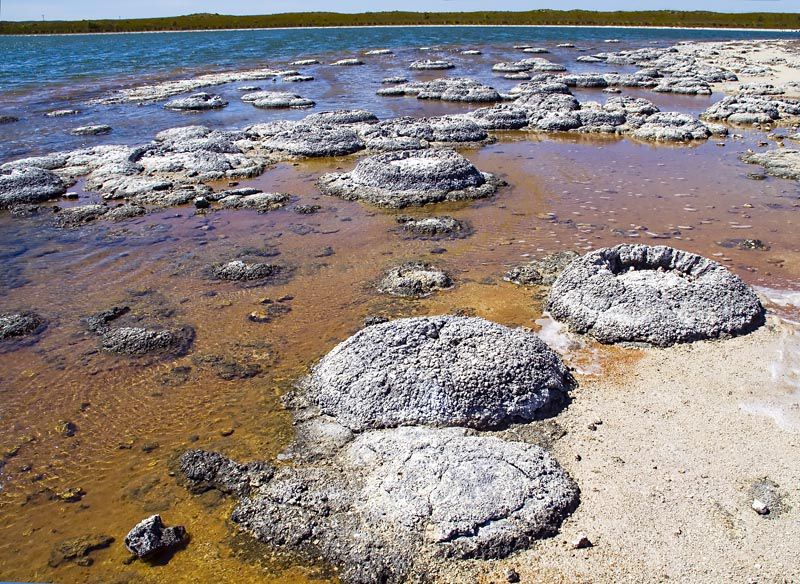