The Richter scale is a reference seismic scale for measuring the energy of an earthquake by its magnitude.

The Richter scale was introduced in 1935. It gives what is known as the magnitude of an earthquake, calculated from the amount of energy released at the centre.

It is a logarithmic scale: the so-called Richter magnitude is the logarithm of the amplitude of the volume waves (types P and S) at 100 kilometres from the epicentre.

The formula uses decimal logarithms: ML = logA - logA0 where A is the maximum amplitude recorded by the seismograph and A0 is a reference amplitude.

The Mercalli scale is different: it is a scale for classifying earthquakes. It is subjective and is based on the damage observed. 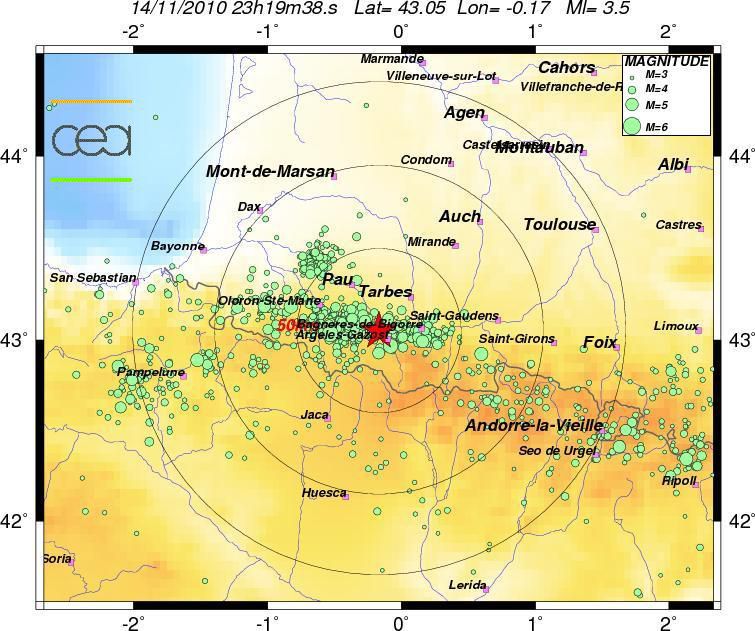