A rhombohedral system is a crystal system that can be described in two ways. Either its unit cell is described as a rhombohedron of which the six faces are equal lozenges; therefore a = b = c and alpha = beta = gamma = 90 degrees, or it is described as a hexagonal system (a = b = c, and alpha = beta = 90 degrees, gamma = 120 degrees). This second way is now preferred for presenting the crystallographic parameters of minerals. The characteristic element of the system is a 3-fold symmetry axis: A3. There are 7 crystal classes in this system.

The rhombohedral system is one of the seven crystal systems, together with: 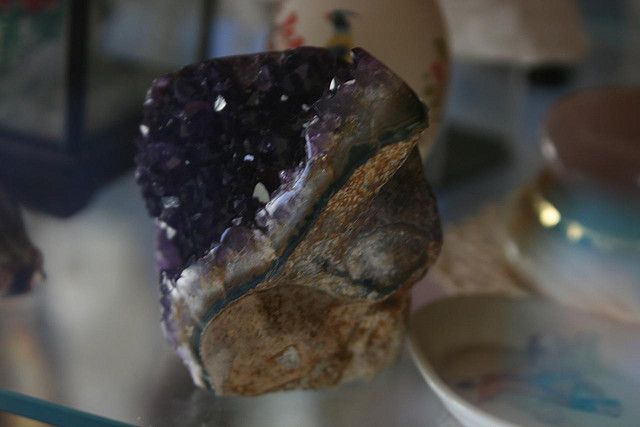 Amethyst is a crystal in the rhombohedral system. © elikozoe, Flickr CC by nc-nd 2.0