The name of porphyry is given to any igneous rock containing large feldspar crystals dispersed in an aphanitic matrix (i.e. with no distinct crystals visible to the naked eye). It is now a commercial name and is no longer officially used in petrology. It now refers more to the texture of rocks.

Porphyry: the purple stone of the emperors

The hardness of porphyry makes it difficult to work, and is at the origin of its mythical character and of its colour too, associated with the imperial colour purple and sometimes with the blood of the Eucharist.

Alexander the Great. Red porphyry. © National museum of the châteaux of Versailles and the Trianon

Objects in porphyry are found in the Middle Ages, even if a legend propagated Vasari claimed that the secret of its sculpting was re-discovered in the 16th century in Florence. Porphyry quickly became rare and Egyptian deposits from the time of Ptolemy are no longer worked. Their location has more or less been forgotten. Up to the end of the 18th century the objects were made by recycling antique objects, which were either re-carved to make new works or reused with other materials (marble, serpentine, bronze etc.). Many objects cannot therefore be dated …

The difficulty of carving makes sculptures in this material rather unsophisticated. In Rome, at the Seicento, sculptors exported porphyry vases to the whole of Europe, a thriving industry that declined up to the end of the 18th century. The discovery of porphyry deposits, first in Sweden, then elsewhere in Europe, made this stone common.
Napoleon's tomb is not in porphyry but in quartzite, but Alexander's bust (photo below) is porphyry !

It was not only in Europe that this very hard stone was used for precious and " eternal " objects, as this 3.6 m diameter round Aztec stone (below) shows.

The 8 concentric circles on this stone are split as follows.

porphyry no longer has the noble character of the past and is now used for paving as it is a strong resistant stone. It is also used as decorative stone when polished (floor tiles, walls etc.), especially green and black porphyry. But gold is also sought in it ... Here are 2 examples of regions where porphyry is extracted.

From the end of the Ordovician to the beginning of the Silurian, a volcanic arc developed in the southern part of the Brabant formation extending under Flanders. After the collision between Avalonia and Baltica and the closure of the Tornquist ocean, the occurrence of these intrusions is probably associated with the subduction of a small oceanic crust between the two Avalonia blocks (Verniers 2002). This volcanism is explosive. One of the two centres of emission is located to the south of Brussels at Lessines and Quenast.

At Quenast, The 2 km diameter vertical subcircular intrusion is composed of a 433 million year old quartziferous hornblend diorite (André &amp; Deutsch, 1984). This calc-alkaline volcanism continues to Llandovery to the east of Brabant and in the Condroz Caledonian inlier. An as yet unanswered question is the relationship between the intrusive rocks and the various Bouguer anomalies shown by the geophysics between the south of the East Flanders province and Wavre in Wallony Brabant (Mansy et al, 1999).

Sintubin & Everaerts (2002) think that this gravity anomaly is due to the presence of a granitic Precambrian crustal block. Their argument is based on the genetic incompatibility between the known intrusive rocks at Quenast and Lessines and a granitic parent magma. Whatever the theory, the influence of this structure on the deformation of the western sector of the Brabant formation is a determining factor.

Here, the search is for gold… Geologically speaking, the project is located in a gold-bearing sector containing several million ounces, including the Alto Chicama, Tres Cruces, Shahuindo and Comarsa mines.

The geology of the Arena deposit includes sandstone, quartzite and thick sequences of Jurassic and Cretaceous sedimentary rocks, the latter being intersected by a sub-volcanic dacitic porphyry (a silica rich rock). Two types of mineralisation have been identified on the property, a copper-gold porphyry and a gold bearing breccia zone. The estimated resources of Arena are 23.8 million tonnes with a 0.7 g Au/t content, representing 536,300 ounces of gold at a long-term gold price of $ 400 per ounce ... 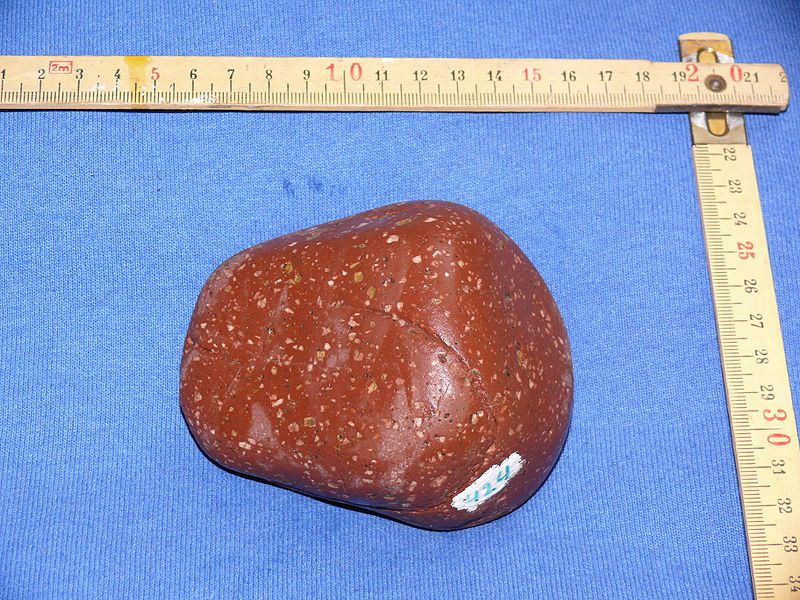