A megacycle is a geological cycle during which a supercontinent of the Pangea type dislocates and re-forms Lasting from 200 to 1500 million years, these megacycles are driven by the plate tectonic forces that are at the origin of the formation of the oceans, the continental drift and the formation of mountains

The megacycles of our Earth

It is considered that there have been three megacycles up to now:

According to some theories, an early supercontinent preceded them 1.5 to 1.8 billion years ago: Columbia, also called Nuna. 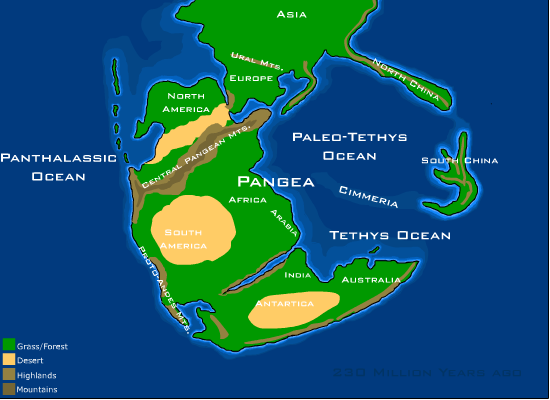 Representation of the Pangea supercontinent, the starting point of the last megacycle. © Dropzink, Wikimedia CC by-sa 2.5