Igneous rocks, which make up most of the continental and oceanic rocks, are formed when magma cools and solidifies, resulting in two possibilities: plutonic rocks and volcanic rocks. 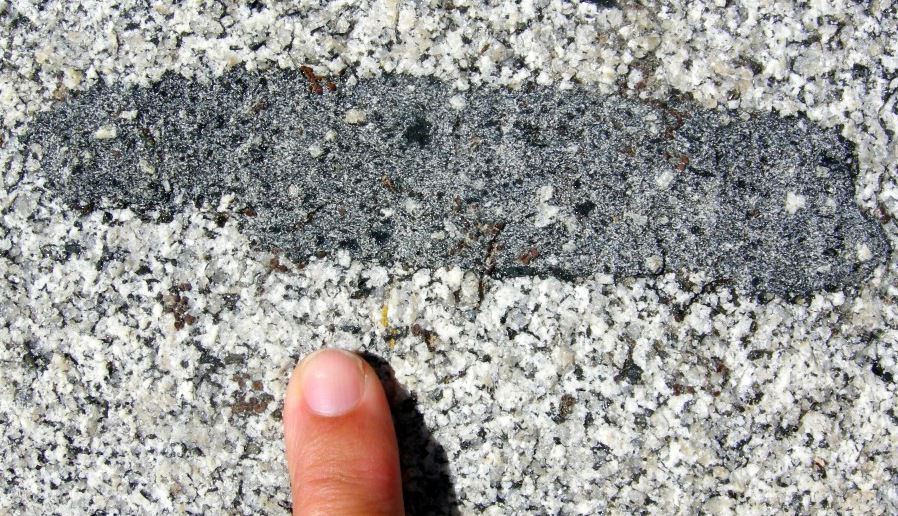 Here we see a piece of gabbro, a plutonic rock, trapped in granite; this is called a xenolite. This rock comes from the east of the Sierra Nevada, Rock Creek Canyon, in California. © wikipedia-Mark A. Wilson