The Hadean (4.55 to 3.9 bn years ago) is the oldest eon in geological time and is the first part of the Precambrian supereon.

During the first 200 million years after the Earth was formed there was a cooling phase, during which a thin solid crust formed around the earth, together with a primitive atmosphere from the de-gassing of fluid internal layers. This atmosphere was mainly composed of nitrogen and CO2 with small quantities of methane and ammonia. There was also an enormous amount of water in the atmosphere, but this was all used in the formation of oceans.

The Hadean is considered as azoic (without life), but traces of organic products in deposits dating to 3.9 bn years ago lead us to believe that there may have been biological activity (or at least pre-biotic) at this epoch.

This was the epoch when the earth was forming, and because of its remoteness there are now practically no rocks from that time at the surface of the Earth. 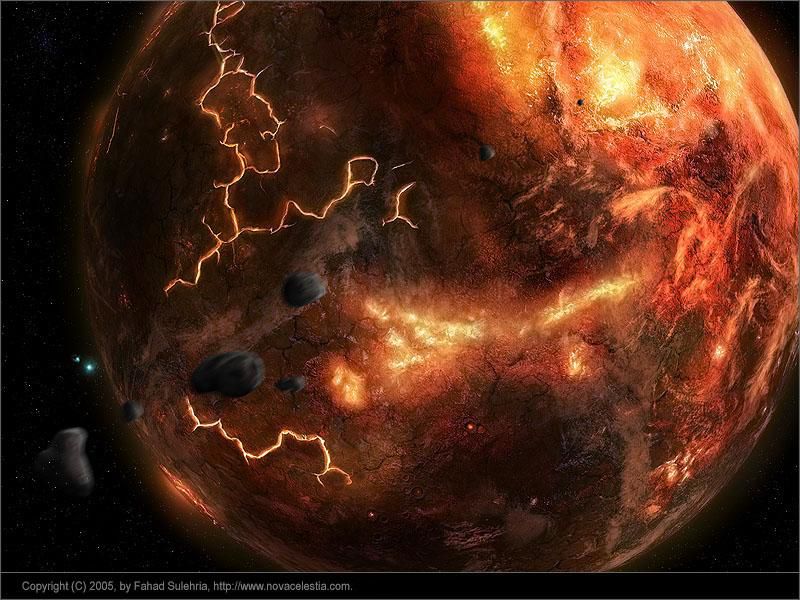