The Darvaza gateway to hell

In 1971, in the Karakum desert (Turkmenistan), Soviet geologists were making an exploratory gas drilling in Darvaza when they accidentally pierced a cavity filled with natural gas. The ground collapsed under their feet and they fell to their deaths as inflammable gas was released.

The everlasting fire of Darvaza

The engineers then decided to ignite the gas to reduce the risk of pollution and intoxication. The fire was to have lasted only a few weeks ... 40 years later, the 60 metre wide and 20 metre deep crater is still burning!

The crater quickly acquired its nickname of Gateway to Hell and has become a tourist curiosity. In April 2010, the president of Turkmenistan declared that he wanted to put out this fire which was compromising the exploitation of gas reserves in the region. 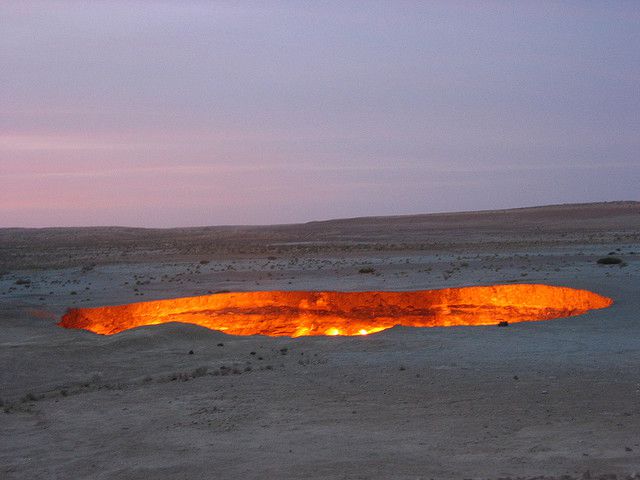