The word clay covers two notions in geological terminology: a particle and a mineral.

This refers to particles of a size of less than 4 micrometres whatever their mineralogical nature.

Clay is a mineral (more accurately a family of minerals) in a silicate family, the phyllosilicates (silicates in sheets). Their structure can be identified by X-rays; they are characterised by superimposed sheets composed of tetrahedral and octahedral layers. In the space between the sheets, or interfoliar space, there are various cations such as K, Na, Ca Clay is generally the result of the modification of other silicates (except quartz) by water. This is why it is systematically found in superficial soils and formations. It is an ultra-fine clastic mineral that also very frequently occurs in sedimentary rocks. Mixed with another mineral such as calcite, it forms marl. If only clay is present, the rock is named argillite.

According to the variety, clay is a very useful mineral. It can thus be used to make tiles and bricks, and pottery by using its ability to be modelled when mixed with water. Its absorption capacity is used in producing cosmetics and medication (Smectite from Smecta, Attapulgite). Clay is also used in cement manufacture.

But these qualities can in certain cases become very serious drawbacks, for example in the case of mud slides. The capacity to swell in the presence of water and shrink in periods of drought weakens the stability of buildings. Several thousand towns in France have been subject to declarations of natural disaster because of this property. 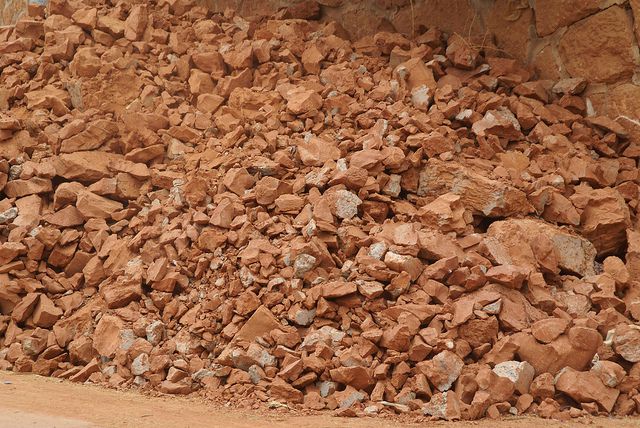