An active fault is defined as a plane or slightly oblique fracture of the earth's crust along which tectonic displacements can occur.

A fault can be considered as active if it has been seismically active at least once during the Quaternary period, or if it shows evidence of current displacement.

The consequences of an active fault

When an active fault at the origin of an earthquake opens at the surface: 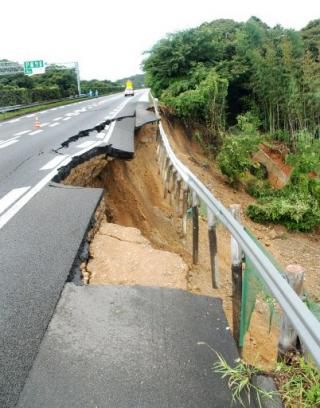 An active fault can generate a rupture in the terrain at the ground surface. © DR