The Aral sea is located in eastern Europe, on the frontier between Kazakhstan in the north and Uzbekistan in the south. Its surface extends from 43° to 46° latitude north and 58° to 62° eastern longitude.

It is fed by the water of two rivers, the Amou-Daria and the Syr-Daria. But the drawing off of water by the Central Asian republics from 1920 onwards, and which considerably increased in the 1950s (to irrigate cotton fields in Uzbekistan and rice paddies in the middle of the desert in Kazakhstan), reduced the flow rate of the two rivers by up to 90% and the Aral sea's level has fallen 22 metres since 1960, its surface area being reduced from 1100 km2 to 650 km2, and its coasts receding 80 km in some places.

The Kazakh government undertook the building of a dam between the two basins to which the Aral sea has been reduced since 2002 (after a first attempt in 1989), the idea being to prevent the water supplied by the Syr Daria from draining to the south; several water regulation installations have also been built. The scheme was put into action in 2005, and the Aral sea is filling again, at a rate that has surprised experts. Finally, in 2006, fishermen caught over 2000 tonnes of fish in their nets.

The second phase of the operation can now begin, with a new dam for the Aralsk basin in the south, and new works to further increase the flow rate of the Syr Daria. Aralsk should once more become a port in 2011. 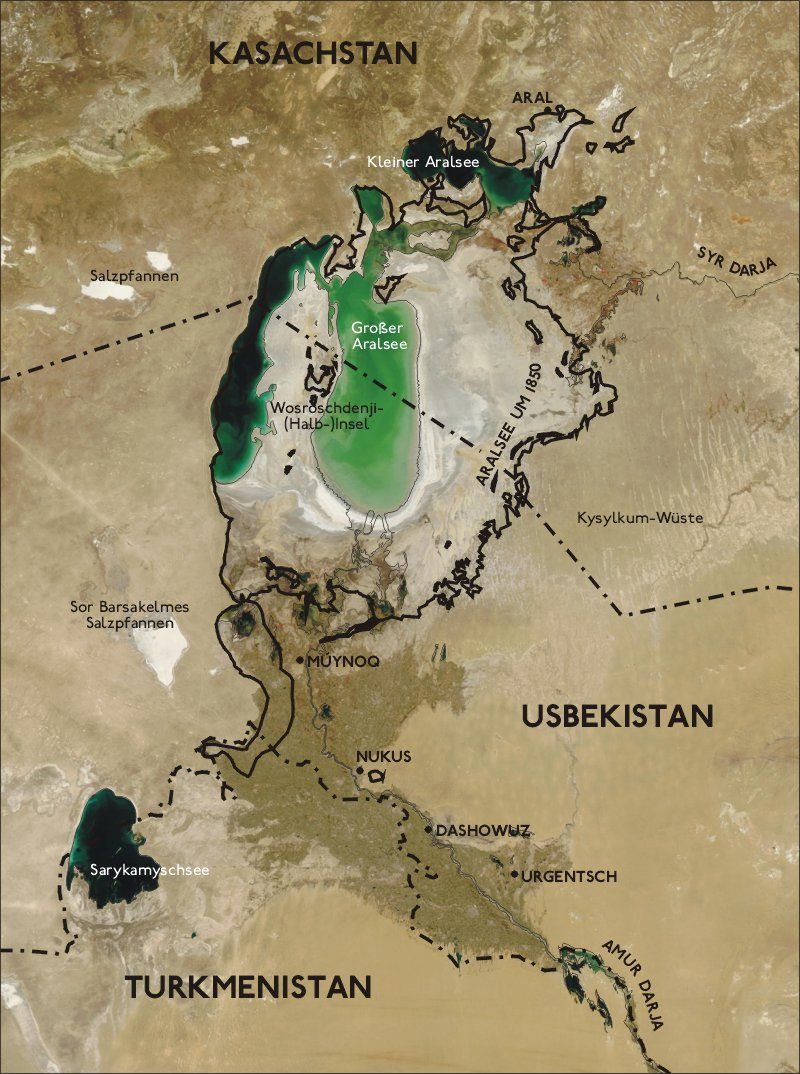 Map of the region superimposed on a satellite image (2004). Credit NASA.