The nucleus is an organelle specific to eukaryotic cells.

Structure of the nucleus

The nucleus is a large structure surrounded by a double membrane, the nuclear envelope separates it from the cytoplasm. The membranes fuse at some points leaving openings called "nuclear pores" allowing molecules to be exchanged between the nucleus and cytoplasm.

The nucleon envelope is continuous with the granular endoplasmic reticulum, which therefore adheres to the nucleus.

Role of the nucleus

The nucleus contains the nuclear genome, formed from DNA . DNA, which is bound to proteins, has two more or less condensed forms:

The nucleus is the main site for the synthesis of DNA (during replication with the cell division) and RNA (for transcription).

The nucleus also contains a specific structure, the nucleolus, the place where ribosomal RNA is transcribed. 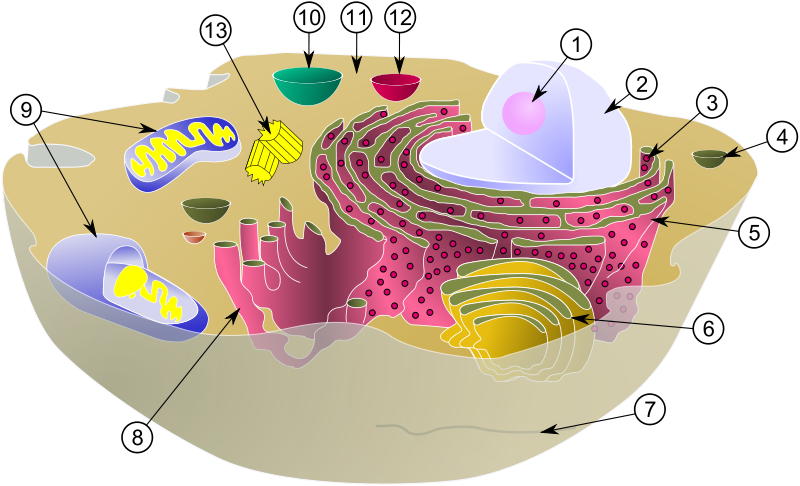