The neutralist theory is a theory of evolution involving evolution on a molecular scale.

Principle of the neutralist theory

Many mutations do not affect proteins and their functions either because they involve non-coding DNA or because they change an amino acid without changing the codon involved. As a result they do not produce either a selective advantage or disadvantage.

These neutral mutations are therefore transmitted by other factors (such as chance) which become as important as natural selection. 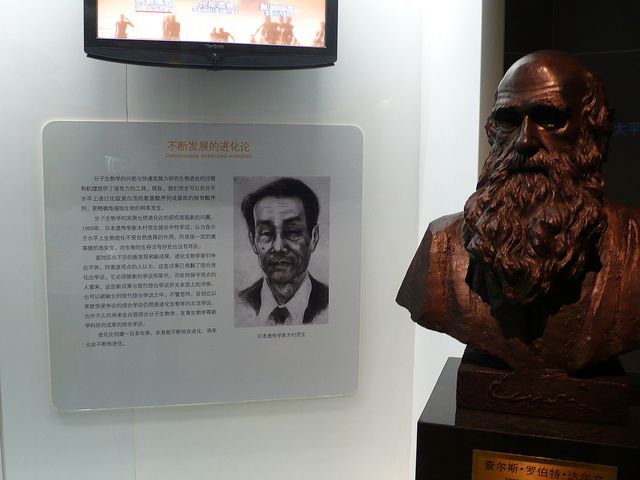 Mooto Kimura (on the left), the father of the neutralist theory of molecular evolution, alongside Darwin (on the right).... © loronet CC by-nc-nd 2.0