The corn MON810 is a GMO Bt corn line from the American company Monsanto, which resists scavenging insects by secreting an insecticide.

Bt corn is a variety of corn to which a gene – cry1Ab – has been added, which confers resistance to scavengers that target the cereal – particularly the corn borer, Ostrinia nubilalis. The gene comes from the bacterium Bacillus thuringiensis (hence the name Bt corn), which naturally produces the protein Cry1Ab (by convention, a protein carries the same name as the gene from which it is synthesised, with a capital letter), a natural insecticide.

The protein introduced is expressed in all tissues of the plant throughout its life. However, the protein concentrations expressed vary depending on the stage the development of the plant and the plant tissue analysed (leaf, seed, etc.) has reached. In a 2009 study, published in the Journal of Plant Diseases and Protection, Nguyen and Jehle estimated that 5.5 to 6.6 micrograms of Cry1Ab were contained in each gram of fresh tissue (µg/g fw) in a leaf of the organism at the BBCH83 development stage (start of seed maturation).

Farming of MON810 was suspended on 11 January 2008 after the French government activated of the "safeguard clause" of directive 2001/18 . In November 2011, the Council of State found against this ban which it considered to be inappropriate from a legal perspective as the safeguard clause was only applicable in the event of identified harm – to human beings or the environment – which had not been proven. However, after this decision, the French government announced that it would put all processes in place to continue the ban on Bt corn MON810. 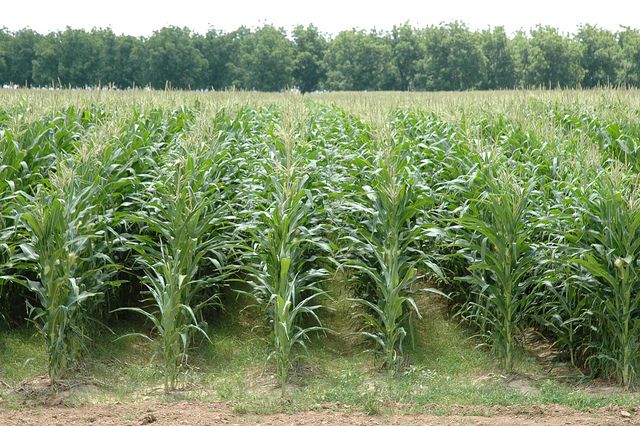 Corn MON810 from Monsanto is not present on French soil at the moment. © agrilifetoday, Flickr, cc by nc nd 2.0