Histidine (His, H) is one of the 22 amino acids contained in proteins.

Like all amino acids, histidine has two functional groups: a carboxyl group (COOH) and an amine group (NH2). Its side chain has a basic group containing an imidazole ring.

Histidine is a non-essential amino acid except during childhood and pregnancy. It is also the precursor of histamine and carnosine. 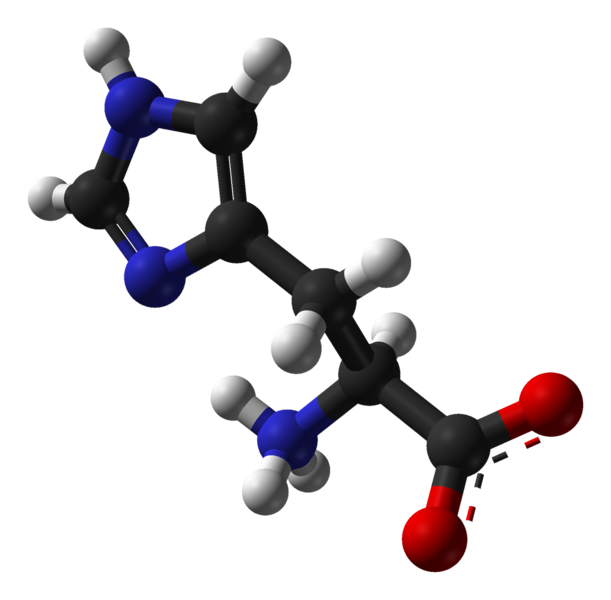 Histidine is an amino acid containing an imidazole ring (carbon in black, oxygen in red, nitrogen in blue and hydrogen in white). © Ben Mills, public domain