Guanine is one of the purine bases making up the composition of nucleic acids.

Adenine is a nitrogen base belonging to the purine family (a pyrimidine ring bound to an imidazole ring), the chemical formula for which is C5H5N5O. It is therefore a heterocyclic molecule as the rings not only contain carbon atoms (they contain nitrogen).

Guanine is involved in the formation of guanosine (in which guanine is bound to a ribose) that forms part of the composition of nucleic acids (DNA and RNA), GMP, GDP, and GTP.

Guanine binds to cytosine, forming what is called a base pair (in this case with three hydrogen bonds) between the two strands of the DNA double helix. 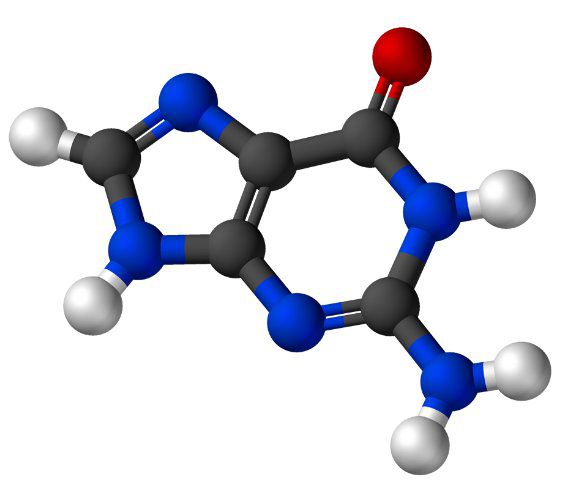 Guanine is a purine nitrogen base. © Wikimedia, public domain