Glycolysis is a pathway which converts glucose into energy

Glycolysis is an energy-releasing process which takes place in the cytoplasm of all cells, during which glucose is degraded to provide energy. The initial stages require input of two molecules of ATP although the subsequent stages produce four.

Glucose undergoes many changes due to specific enzymes. It is in turn through the many stages converted into:

The many stages of glycolysis produce a positive energy yield leading in total to the production of two molecules of ATP per molecule of glucose used. Overall:

The pyruvate obtained can then be transferred into the mitochondrium where it follows the Krebs cycle. Depending on whether oxygen is present or absent in the medium gives respectively acetyl-CoA and carbon dioxide or lactate. 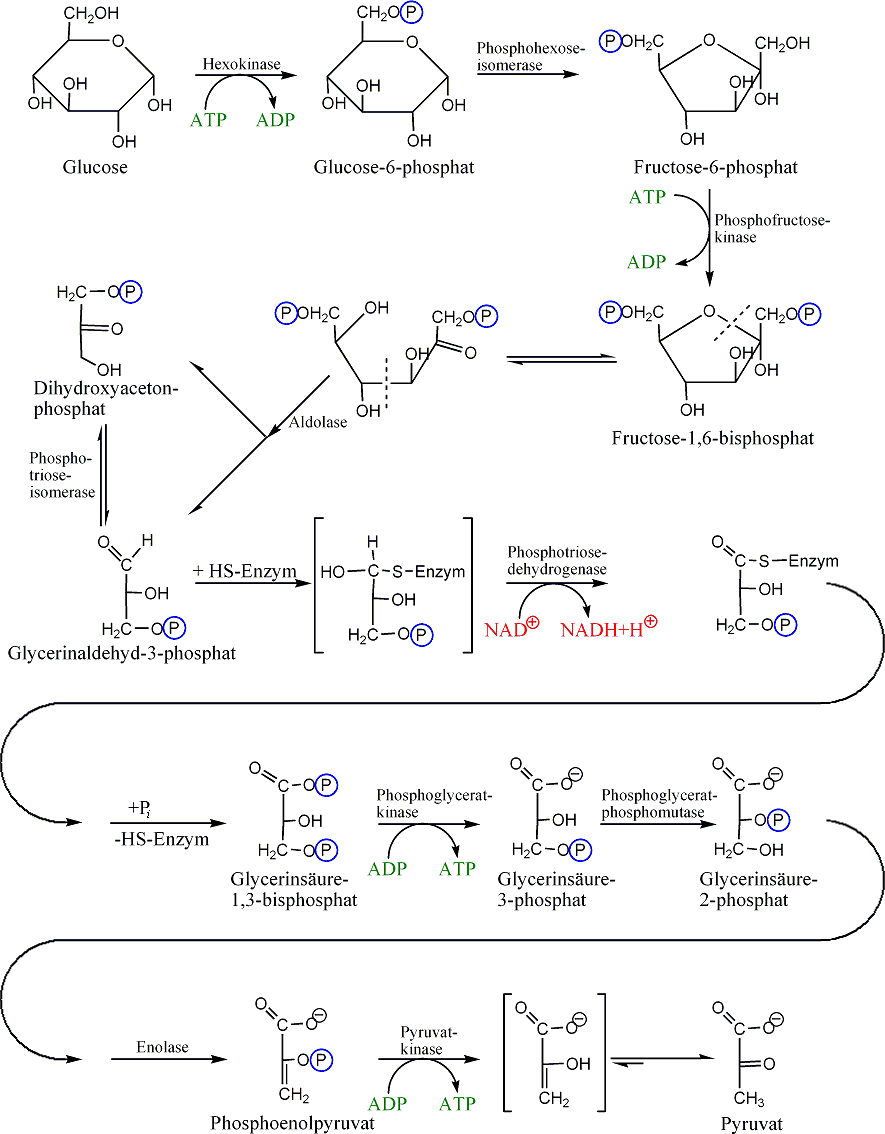