Genetic drift is one of the evolutionary mechanisms which leads to the formation of new species from populations of individual organisms. The mechanism is one of random variation of allele sequences within a population over generations.

Each isolated population has a specific genome which differs in frequency from the genome of other populations in the same species and even by the presence of some alleles and genes.

Population isolation then leads to evolutionary changes in allele frequencies over time through mutations and deterioration of the genome, and in random transmission of alleles and these changes.

Accumulation of changes in the genome from genetic drift can lead to reduced genetic diversity and lead to a population or even a species disappearing. On the other hand, these changes can lead to a new species. 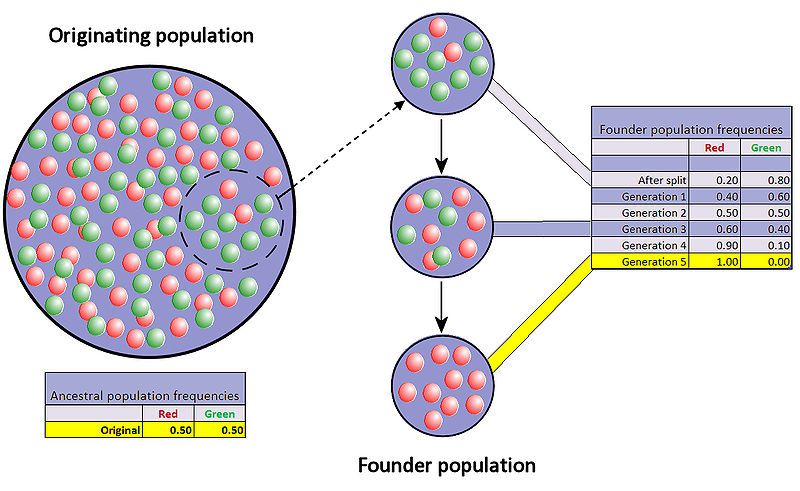