Endoreduplication is the process by which a cell duplicates its genetic material but does not divide.

During mitosis, chromosomes are firstly separated and then each homologous chromosome migrates to a pole in the cell. Finally, the cell separates and the chromosomes are duplicated within the daughter cells. In endoreduplication, however, cell division does not take place although the genetic material which is duplicated is contained within the same cell, which then becomes polyploid.

Researchers assume that multiplication of genetic material leads to an increase in the expression of genes and therefore increased protein synthesis. 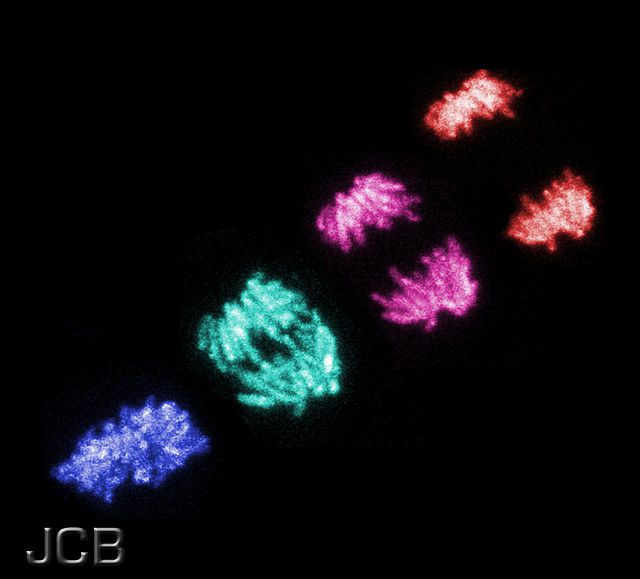 Endoreduplication is mitosis without cell division. © The JCB, Flickr, cc by nc sa 2.0