A neural network is a set of interconnected artificial neurons for solving complex problems such as shape recognition or natural language processing, through a learning phase where weighting coefficients are adjusted.

How a neural network works

A neural network works in a similar way to biological neurons, and in the computer it is in the form of an algorithm. A neural network can modify itself according to the results of its actions allowing it to learn and solve problems without an algorithm, in other words with no traditional programming. 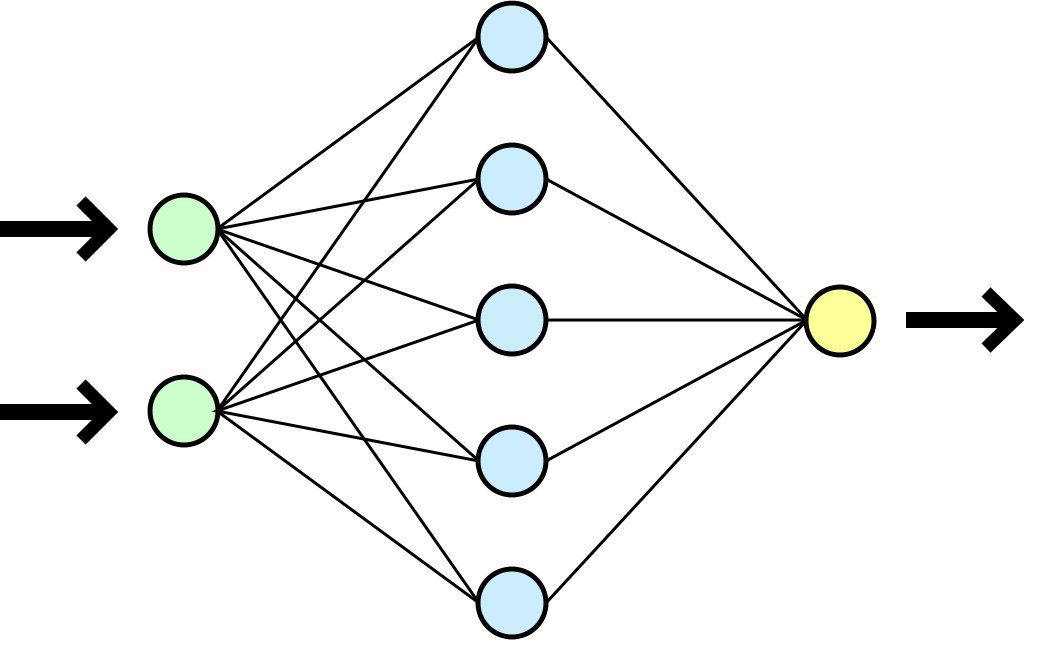 Highly simplified diagram of a neural network. The two neurons on the left (in green) receive the information. The way these data are processed is determined by their connections with the internal neurons (blue). The neurons that receive the data are activated. The final information is sent to the last neuron (in yellow) or to an effector such as a motor. © Dake, Mysid, Licence Creative Commons 1.0