A man-in-the-middle attack is a computer hacking technique where encrypted exchanges between two people or two computers are intercepted to decode the messages. The attacker must therefore be able to receive the messages from both parties and to send responses to one party while passing themselves off for the other party. 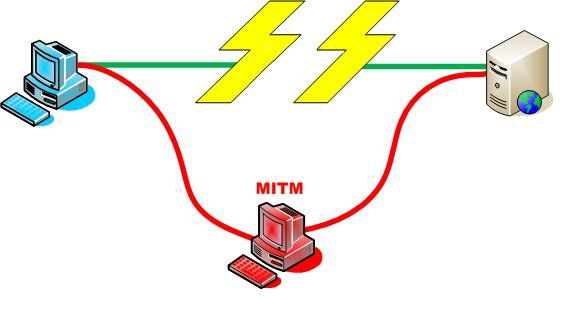 In a man-in-the-middle attack, (MITM for man-in-the-middle), a communication between two computers (here, a PC on the left and a server on the right) is intercepted by a third party, here MITM. The computer and the server appear to be conversing together, but all the messages actually transit via MITM which can read them and pass itself off as one of the two parties. © DR