The iPad is a touchpad designed and commercialised by Apple.

It is slim and light and runs on the iOS operating system that also equips iPhones. With its touch screen you can go on the internet, check your mail and read e-books and magazines. Available on the internet is its ever-growing catalogue of applications and games (AppStore).

The first version was unveiled on 27 January 2010 and the second more powerful version on 2 March 2011. Both models have a 9.7 inch diagonal size screen and autonomy of about 10 hours. 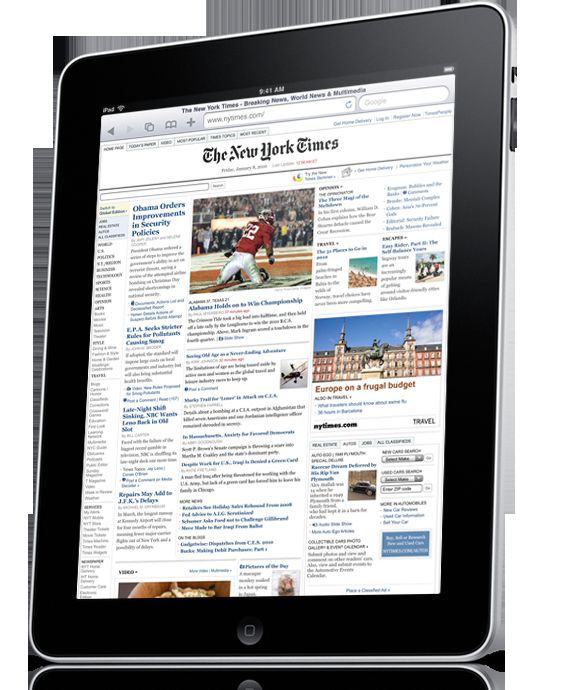