Artificial intelligence is a scientific discipline concerned with knowledge processing and reasoning, the aim being to produce a machine to perform the functions normally associated with human intelligence: understanding, reasoning, dialogue, adaptation, learning etc. 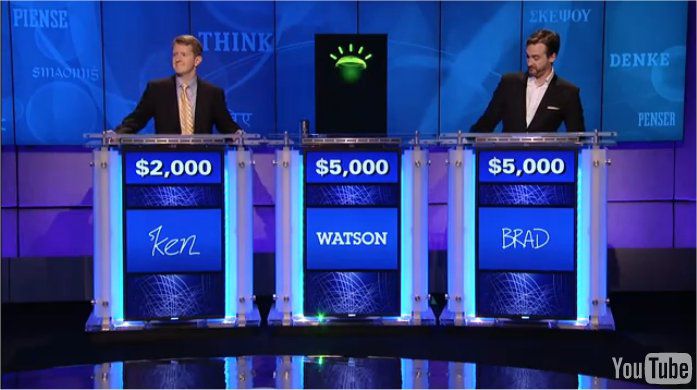 In February 2011, Watson won the general knowledge television game Jeopardy using its artificial intelligence. Watson is an IBM computer that understands natural language and can grasp the meaning of a sentence and look for answers to a question in its database. © IBM/YouTube