From 7 to 12 October 1957 a fire ravaged the nuclear reactor at Windscale in Great Britain. Radioactive iodine (131 I) was released contaminating part of the population.

This accident was classified as level 5 on the international nuclear event scale, INES, which goes from 0 to 7. In other words, it was an accident with an impact on people and the environment: serious damage to the reactor or radiological barriers and limited release.

The causes of the Windscale nuclear reactor fire

The fire started after a maintenance operation on the graphite (moderator) due to a lack of knowledge of the Wigner effect. Graphite irradiated at low temperature accumulates energy and then releases it spontaneously causing a sudden rise in temperature. Although this phenomenon had been observed and that the purpose of the maintenance operations was to avoid these sudden releases of energy, the 7 October operation went wrong.

There was too rapid a release of energy which caused the fire, and nuclear fuel cartridges burst. The fuel started to melt and fission products escaped into the cooling system.

The consequences of the disaster

The natural uranium gas cooled reactor at Windscale was cooled by air released directly into the atmosphere. Therefore a cloud of radioactive iodine contaminated the neighbourhood.

As soon as the authorities knew about the iodine 131 pollution certain produce was prohibited for consumption, especially milk. The fire went out after several unsuccessful attempts by stopping the air supply to the reactor and flooding it with water.

Several of the Windscale personnel and the local population were contaminated by radioactive iodine, which accumulated in their thyroid.

Since this accident the Windscale site has been renamed Sellafield. The technology responsible for the disaster is no longer used today. 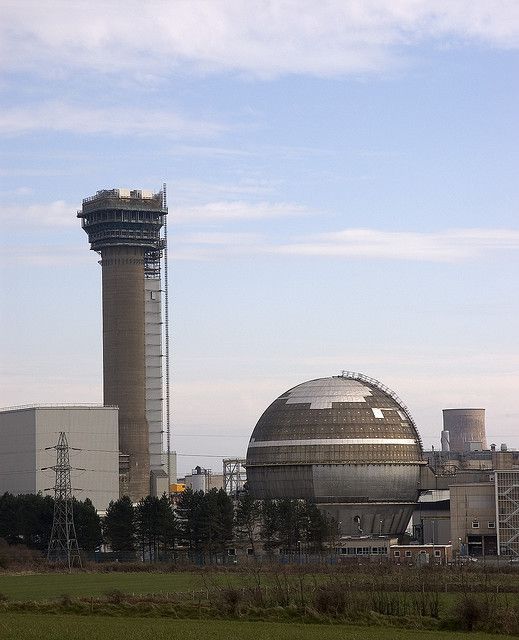