Tholin is a term coined by the astronomer Carl Sagan to describe the difficulty of characterising the substances that he obtained during experiments of the Miller type using the mixtures of the gases found in Titan's atmosphere. The term is now generally used to describe the reddish-brown nitrogen-containing organic substances found on the planetary surfaces of frozen bodies in the outer Solar System such as Titan and Triton.

The exact mechanisms leading to their formation are not known, but it is believed that they form through the action of ultraviolet radiation on simple organic compounds such as methane, ethane or ethylene in the presence of nitrogen and sometimes water. 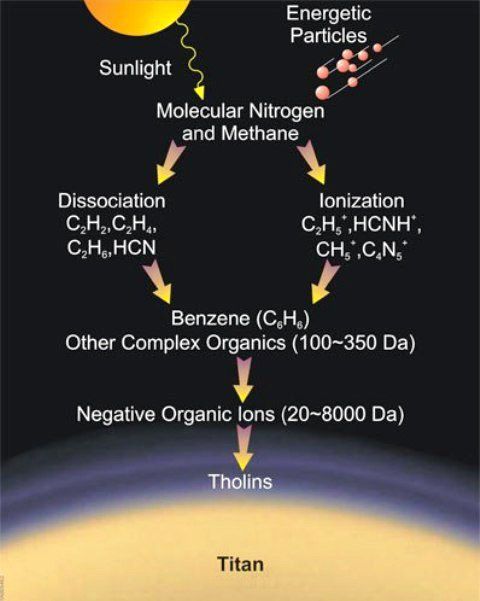