Luminol is a chemiluminescent compound (it emits an intense blue light) in the presence of a suitable oxidiser.

Luminol (or o-aminophthaloyl hydrazide or 3-aminophthalhydrazide) has the molecular formula C8H7N3O2. In the presence of an activator (a hydroxide and hydrogen peroxide) and a catalyst (iron, copper or cyanide), two atoms of nitrogen are detached and are replaced by oxygen atoms and an intense blue light is emitted.

It is used in forensic investigations to detect invisible traces of blood because the iron in haemoglobin reacts with luminol.

It is also used in plastified tubes called "glow sticks" that contain an ampoule with the catalyst which, on bending, breaks; the tube then becomes phosphorescent. They are used in entertainments and to indicate danger. 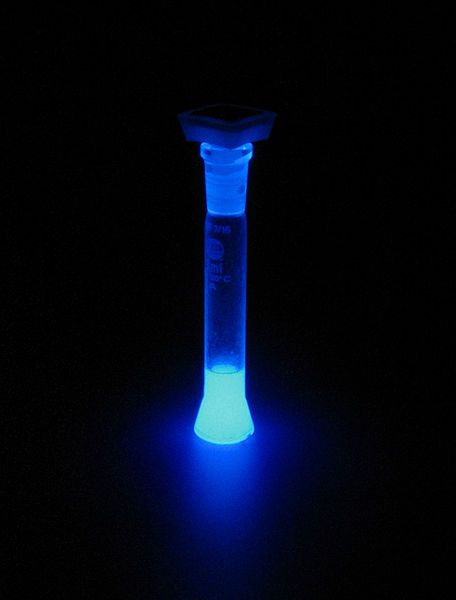