With its two carbon atoms it is related to ethane (CH3-CH3) and ethanol (CH3-CH2OH, the alcohol in drinks). With its C=C double bond it is the simplest alkene since it only has one bond. It is an unsaturated hydrocarbon because it can shed half of this double bond to bind to other atoms or molecules.

Ethylene is a highly reactive gas. It is traditionally obtained by petroleum cracking. Used in many fields, it is the most produced organic molecule in the world. For example, polymerisation yields polyethylene, a very common plastic. 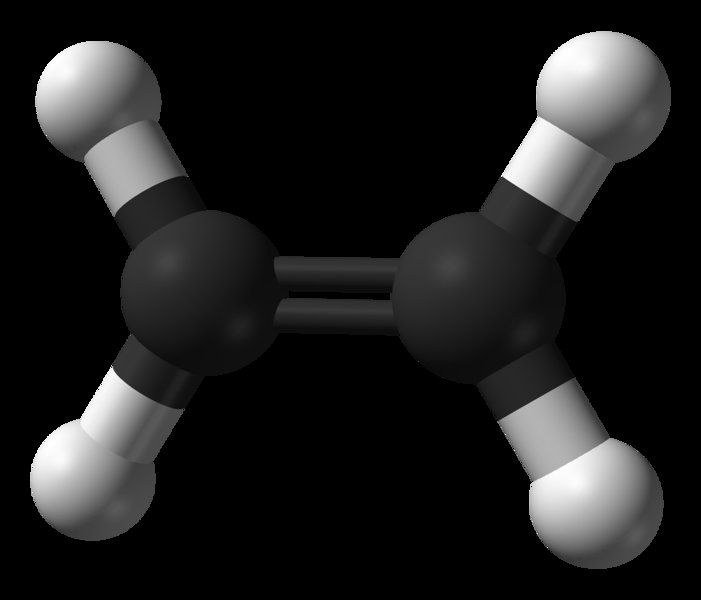