The chemical formula of diflubenzuron is C14H9ClF2N2O2. It is classed as a benzamide.

It acts as an inhibitor to the production of chitine, the complex substance that forms the exoskeleton of insects.

It is used as an insecticide, particularly effective against butterflies (carpocapses, bombyx). It is also given to farmed salmon to combat lice and can be dissolved in drinking water in regions where malaria is rife to kill mosquito larvae. 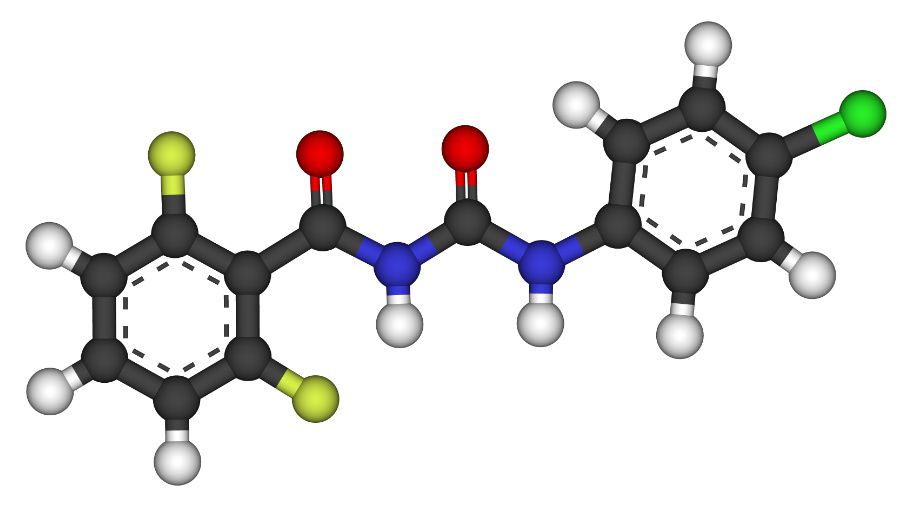