Crude oil is a mineral oil from a mixture of hydrocarbons and various organic compounds. Crude oil is a fossil energy source exploited by man.

Where does it come from?

It is the result of the slow transformation of organic matter, often plants, deposited at the bottoms of oceans and which, under the effect of the pressure of other accumulated layers and an increase in temperature (also resulting from the increase in pressure), was gradually transformed into kerogen, and then crude oil.

The oil then seeped between the rocks in which it was formed and slowly rose towards the surface of the Earth. But on the way it was trapped by non-permeable rocks. It is these sites that oil companies look for to drill and eventually extract the oil.

There are several types of oil depending on the composition of the oil and the rock in which it was formed. The most common distinction is between conventional oil and unconventional oil, according to its density or " lightness ". 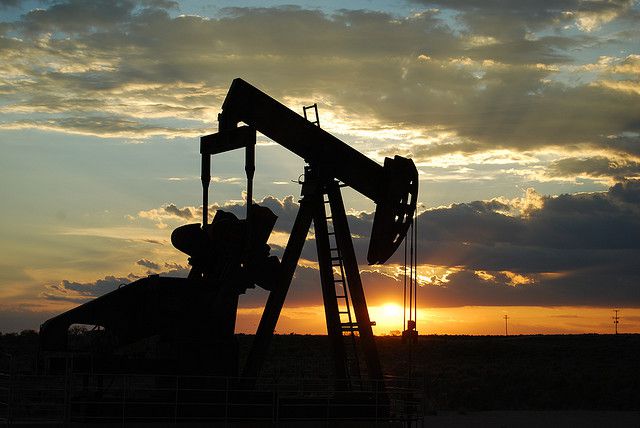 Crude oil is the result of a very long process during which organic matter is transformed into hydrocarbons. &copy Paul Lowry, Flickr, cc by 2.0