Originally from Central America, winter squash belongs to the Cucurbitaceae family. The fruit is harvested between October and December in France.

With few calories (under 20 kilocalories per 100 grammes), winter squash is rich in provitamin A, potassium and easily digested fibre. Its seeds can be dried and preserved for their cholesterol-fighting properties.

Not to be confused with the pumpkin (Cucurbita pepo), winter squash (Cucurbita maxima) is an entirely different species. However, there are several major varieties of winter squash:

Once the seeds, fibres and skin have been removed, there are several ways to prepare winter squash: in slices (soup, gratins) or diced (purées, tarts, fried or desserts).

Winter squash can reach record weights of up to 100 kilogrammes. Some are used as decorations, especially for Halloween. 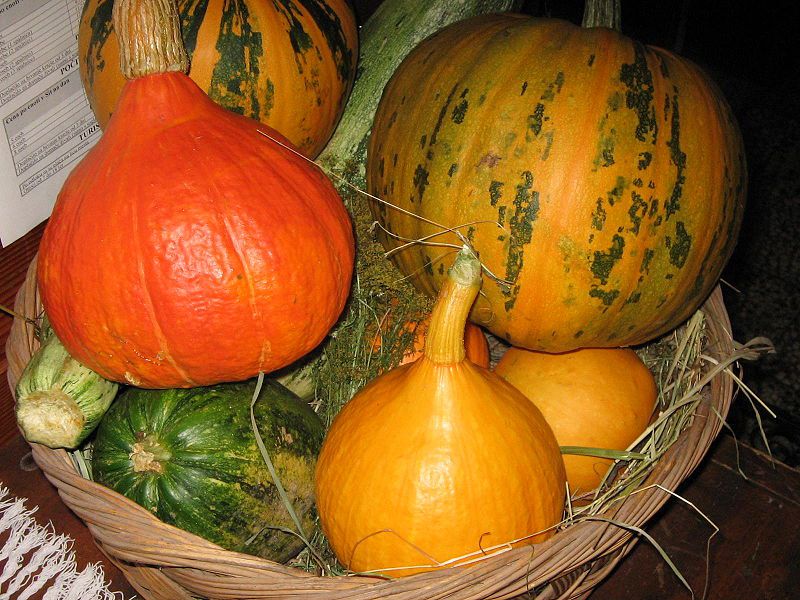 There are many shapes and colours of winter squash, which can also be used for decoration. © Janez Novak/Licence Creative Commons