The wild cherry is a tree that can reach a height of between 15 and 35 metres. It grows individually in the wild, where birds help ensure its propagation.

The wild cherry (Prunus avium) belongs to the Rosaceae family and is also called the "sweet cherry", "bird cherry" and "gean".

It is a robust tree, with a slightly pyramidal shape. Its trunk is straight and tends to rise in search of light, which gives it a slender appearance. Its bark is rough, shiny and peels off in horizontal strips. Its deciduous leaves, from 12 to 13 centimetres long, are alternate, oval, hang downwards and are dentate, with two glands at the base of the limb. In April, before the foliage develops, its flowers blossom in white bouquets on a long peduncle. Its fruit, cherries (or geans), are small, red, round drupes that darken when ripening.

Originally from the shores of the Caspian Sea, this species spread across Europe during prehistoric times The only tree in its family to not be cultivated, it spread naturally through forests. In the 17th century, a royal order attempted to put an end its proliferation in France, as preference was given during that time to the proliferation of oaks. Growing conditions This tree loves a lot of light. It does not do well in very acidic soil, tolerates calcareous soil, but really only produces nice fruit on fertile, deep and well irrigated land.

Wild cherry wood, light pinkish-brown to yellowish in colour, is used in veneering to replace mahogany or other precious woods. This species has also been involved in selection projects performed in order to obtain the gean and cherry trees that gardeners grow. Wild cherries are also used to produce certain liqueurs and alcohols, such as Kirsch from Alsace. 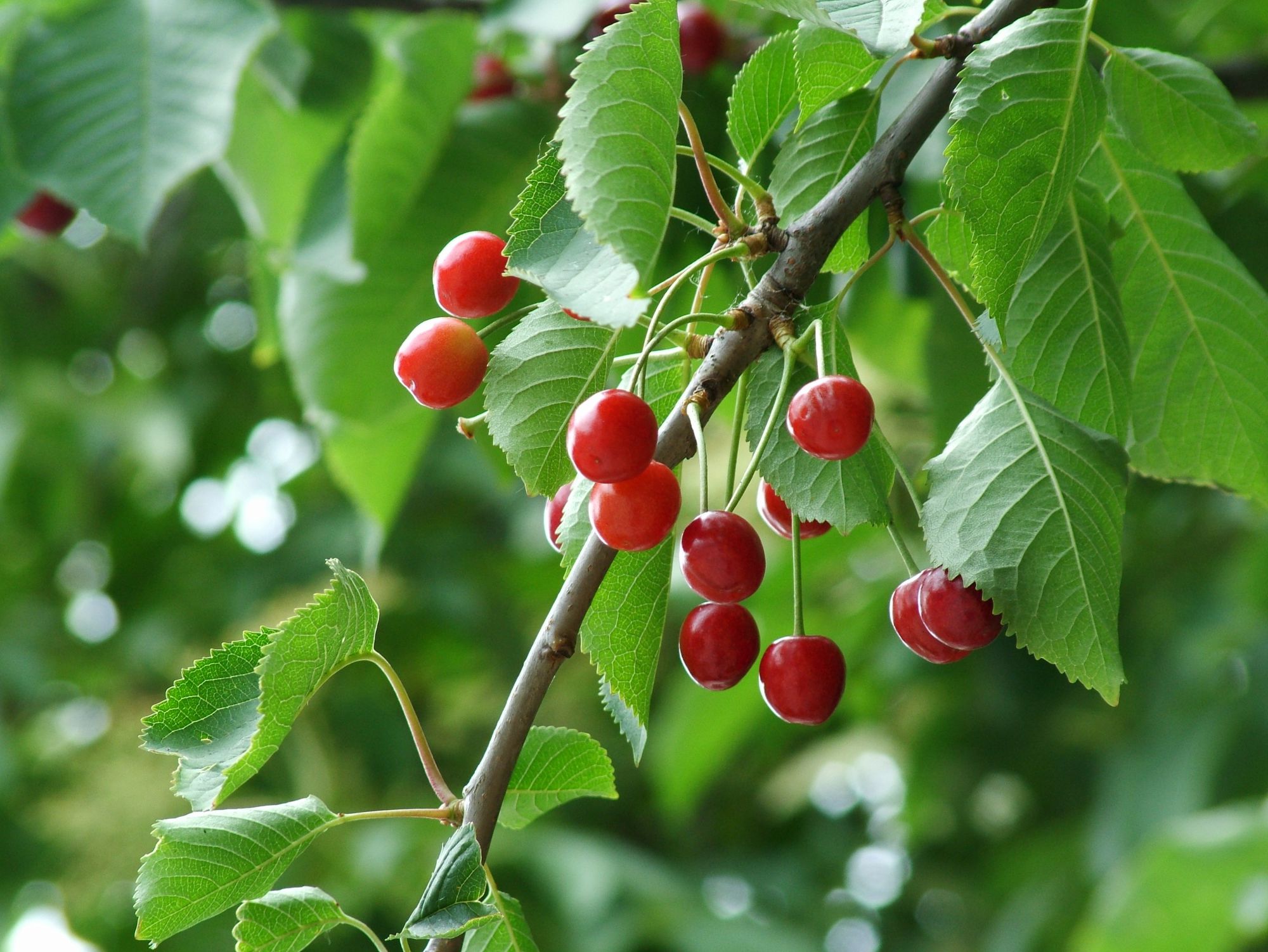